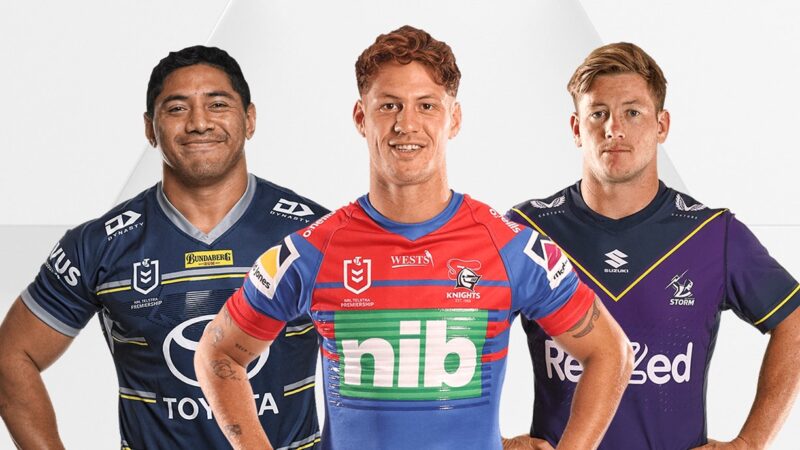 Round 4 saw us reach a record profit for an individual round with +11 units jumping into our accounts after hitting on 9 out of 11 selections. Whilst this round looks tougher we’re confident we’ve found some value.

The South Sydney Rabbitohs were dominant on Good Friday and will be looking to repeat the dosage against the struggling Brisbane Broncos on Thursday night. The Bunnies will once again head into their contest as red-hot favourites, a tag coach Wayne Bennett was wary of prior to last week’s 38-0 destruction of the Bulldogs.

Meanwhile, Brisbane scored first against the Storm on Good Friday before allowing 40 unanswered points to signal another huge defeat, extending its losing streak to teams that aren’t Canterbury to 20.

Considering the Bunnies have covered the line three of their last four games as the home favourite against Brisbane, this one should turn into another Thursday night blowout.

After suffering a 40-point loss last week to the Panthers, the Sea Eagles now travel to Gosford on Friday night to face a Warriors side looking to return to winning form.

The Warriors showed a lot of fight in their come from behind win against the Raiders 2 weeks ago before crumbling to an impressive Roosters lineup last week.

Although injuries have largely been to blame for Manly’s winless start, there’s still major questions that need to be answered by key players if they’re going to be competitive in this matchup.

First plays fifth on Friday night as the Panthers look to keep their unbeaten record intact against the visiting Raiders.

The Panthers showed they are the team to beat this season when defeating the Storm in Round 3 and then again when dominating Manly last week.

Despite being hampered by injury, the Raiders still managed to dig deep last week in their 20-4 win over the Titans at Jubilee.

A tight defensive performance saw Canberra overcome its lack of possession in the second half to keep the Titans off the scoreboard, a performance the Green Machine will need to replicate this week against the best side in the league.

One of the NRL’s impressive pre-season performers, the Titans are sitting 2-2 and just outside the eight but said all the right things after their defeat at Netstrata Jubilee Stadium.

For all the hype, it’s fair to say the Titans have fallen somewhat short of expectations so far, but there’s still room for optimism despite last week’s forgettable loss to the Raiders.

Newcastle’s injury woes have only gotten worse with Mitchell Pearce now set to miss up to three months with a pectoral injury.

The Bulldogs suffered their third consecutive shutout last week against the Rabbitohs – a result that has not surprisingly left Melbourne as -26 favourites at the line.

The Storm, meanwhile, cruised to a 34-point blowout over the Broncos thanks to a dazzling four try performance from star full back Ryan Papenhuyzen.

On one hand, the Dogs do have some decent talent through the middle to limit Melbourne’s opportunities, but considering they’ve allowed 24 points or more in all four of their games so far, another blowout looks imminent.

The Roosters proved they can win without Luke Keary last weekend, but now need to back that up against an in-form Cronulla.

Sydney’s stalwarts came through with the goods last week as the Morris brothers and James Tedesco played a big part in the 32-12 win over the Warriors.

Five-eighth Matt Moylan and fullback Will Kennedy collected three of the Sharks eight tries last weekend in a 38-point drubbing of the Cowboys.

The Chooks hold the wood over the Sharks with five straight wins on the board dating back to 2017, but this one could turn out much closer than the market suggests.

Cronulla has proven themselves a handful on several occasions this year with some strong second half performances, while the return of Ronaldo Mulitalo and Jesse Ramien should pose a few challenges to a Roosters defence minus Luke Keary.

The Tigers have opened as the short-priced favourites to pick up their second win of the season against the lowly Cowboys.

After recording one of the upsets of the season a fortnight ago in Newcastle, Wests managed to put up a decent fight in the first half last week before the Eels kicked away in the final 10 minutes.

The Cowboys, on the other hand, have left plenty to be desired through the first month under new coach Todd Payten.

North Queensland has allowed the second-most points to opponents this year behind the Bulldogs – a worrying sign going up against a Tigers team that ranks top three in set completions.

To make matters worse, the Cowboys have lost four straight to the Tigers dating back to 2018 – two of which have come at Leichardt.

Two high-flying teams come together on Sunday evening with neither having tasted a loss since the Dragons’ defeat to Cronulla back in round one.

Parramatta survived an Easter Monday scare against Wests Tigers to move to 4-0 alongside Penrith at the top of the ladder while the Dragons capitalised on an unfortunate injury toll to the Knights to record their third straight win.

Adding further spice to this game is the fact the Dragons won at this venue against the Eels by a narrow two-point margin last August.

On the injury front, Parramatta should receive a boost up front with Ryan Matterson returning from a concussion, while the Dragons will also welcome back Jack Bird from suspension.

The last two games between these sides have gone Under, and it wouldn’t be surprising if we get a similar result this week with plenty on the line.

The NRL world has gone mad in the past fortnight over lopsided scores, struggling franchises, and the speed of the game The question we\'re left wondering is, why Other sporting codes have bad teams Read More
NRL Service

Round 3 was full of upsets with the Panthers downing the Storm without Cleary, the Rabbitohs beating the Roosters & the Warriors defeating the Raiders but we still sit on +352 units of profit as Read More