NRL Round 3: Winners and Losers - The Sporting Base
0

NRL Round 3: Winners and Losers 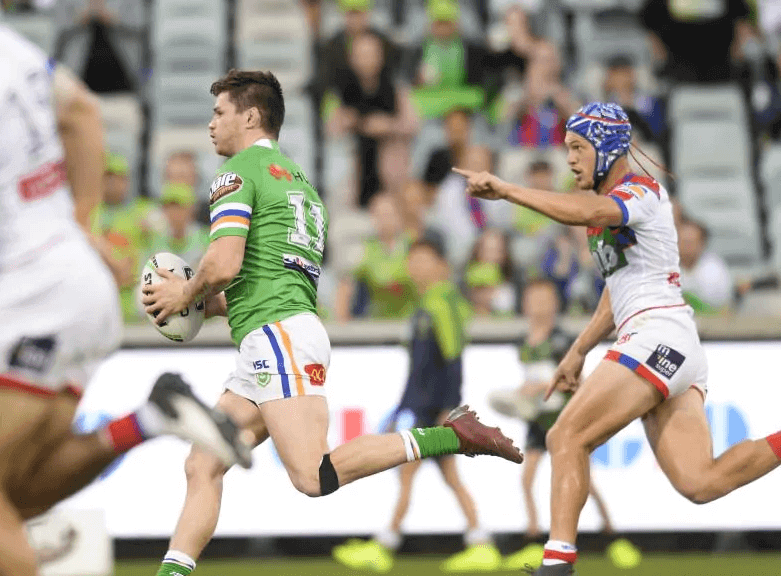 With Round 3 done and dusted, we give you a look at the weekend’s winners and losers.

Canberra added another English import this offseason in John Bateman.

The promising lock was a standout in Canberra’s win against Newcastle. He led the game in run metres with 201 and currently has 18 line breaks, which is good for third best in the league. The line breaks are especially impressive, considering most of the league-leaders in that category are fullbacks, centres and wingers.

If the Raiders can get better play from their halves, the additions of Bateman and Charnze Nicoll-Klokstad could make them a finals contender. 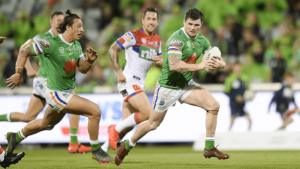 The calls for Kalyn Ponga to return to fullback are growing louder. Through three games the Knights’ attack has been clunky.

They seem to be missing a spark, and frustratingly for Knights fans, they have that spark in Ponga. His move to five-eighth has been like a wet blanket to that spark. Even Mitchell Pearce seems less than his usual self this season, which could be partly due to Ponga’s struggles.

Coach Nathan Brown will say this is just an adjustment period, but one wonders what the point is when the Connor Watson has been mediocre at fullback. The Knights have gotten slightly better at five-eighth to get far worse at fullback. NRL coaches have warned against that kind of positional change for decades. Nathan Brown must ask himself how much time he’s willing to waste now that everyone expects the team to make the finals. 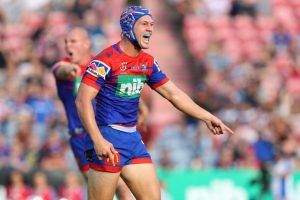 Turbo Tom made his triumphant return from injury this week, and the Manly Sea Eagles looked rejuvenated. After a rough two weeks without their star fullback, Trbojevic led the team to their first win of the season: a 46-12 trouncing of the Warriors.

Tom’s stat line for the game was ridiculous. He recorded two tries, two try assists, nine tackle breaks and three line breaks with 175 running metres. While these stats may be inflated against a horrid Warriors defence, that is a remarkable game for someone only just recovered from a hamstring injury.

His presence was felt in other areas too. Daly Cherry-Evans was a different player with Trbojevic on the park. DCE bagged two tries and two try assists. If Tom can stay healthy this year, Manly will stand a much better chance of pushing for a finals spot. 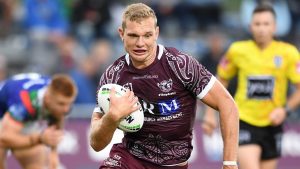 Only two weeks ago, the Warriors looked unaffected by the departure of Shaun Johnson, and Johnson looked mediocre for the Sharks. How quickly things change in the NRL.

The Warriors have looked like a bottom three team over the last two weeks. Over those two weeks, they’ve allowed a combined 80 points. And without Johnson, they don’t have the attacking flair to return serve against more attacking minded teams. 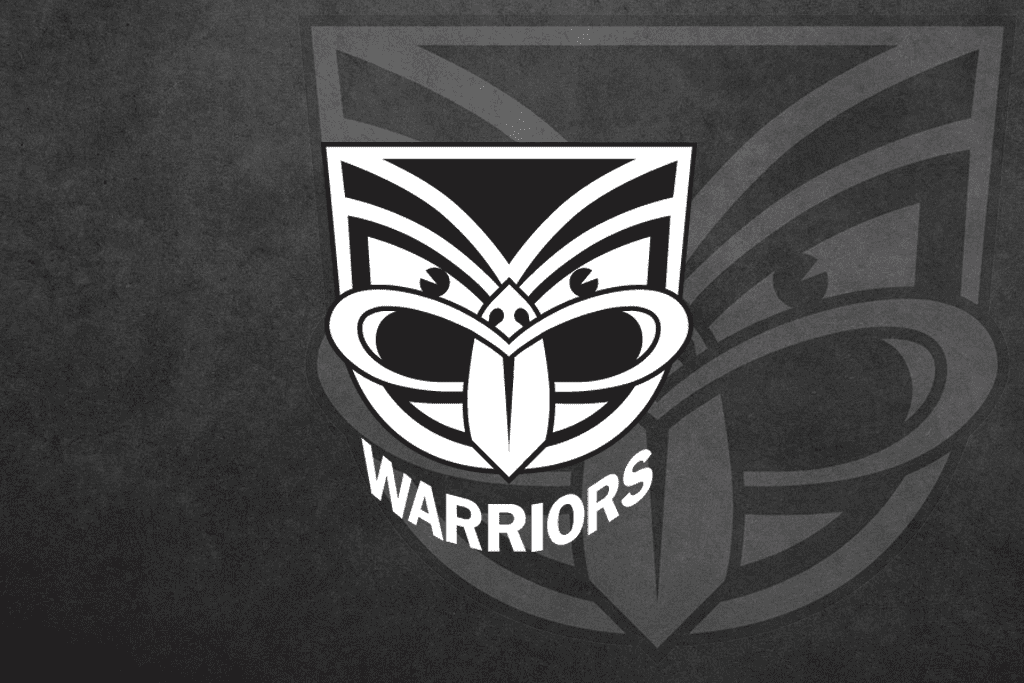 That’s two wins in a row for the Sharks, but this game showed the potential of their halves pairing. Much was said about Townsend and Johnson’s revived partnership. The two played side-by-side for the Warriors until Townsend left in 2016.

The Sharks needed their halves in a win over the Cowboys this week, after Matt Moylan, Jayson Bukuya, and Paul Gallen all left the game with injury. Townsend had two tries and led the Sharks in run metres with 139. Johnson embraced more of playmaking role. He got two try assists and 242 kick metres.

The Warriors will be disappointed that their current halves pairing were nonexistent in their loss to Manly, while their former six and seven thrive in Cronulla. 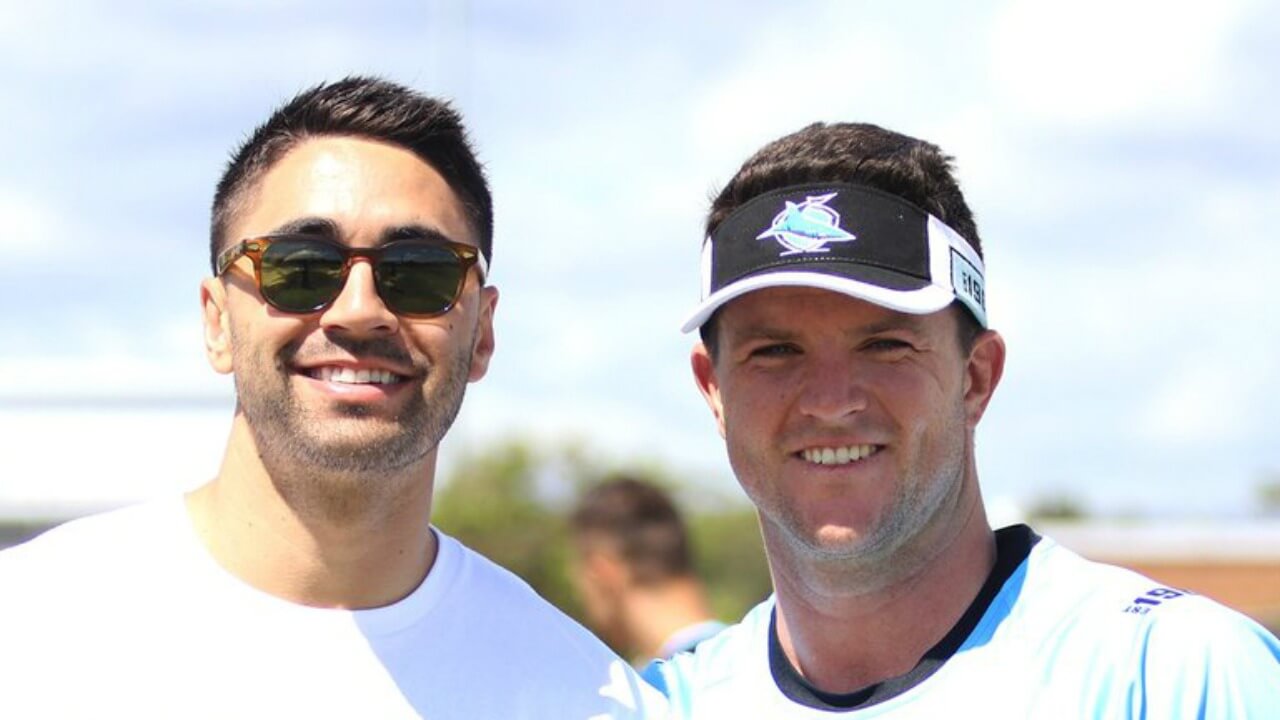 This week Paul Gallen overtook Andrew Ettinghausen’s club record of 328 games for the Sharks. What should’ve been a celebration turned sour when Gallen left the field with a rib injury.

Gallen is one of the toughest customers the NRL has ever seen and there remains a decent chance he returns next week.

Unfortunately, Matt Moylan’s injury timeline looks less optimistic. The Sharks fullback provides creativity to the team, and he will be missed. Josh Dugan will likely move to fullback, which may see Bronson Xerri earn a start in the centres. 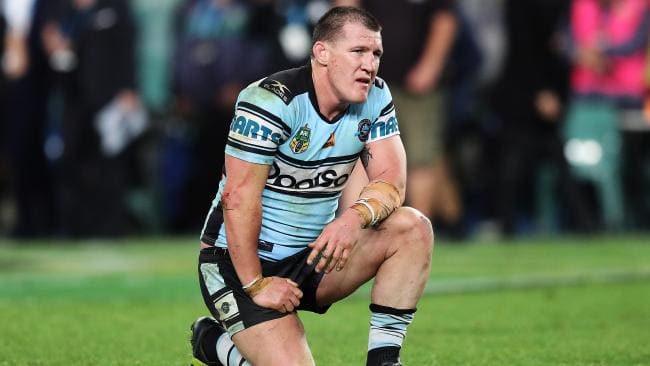 As mentioned, DCE was electric in Manly’s win over the Warriors. His halves partner in Origin Game three last year, Cameron Munster, was equally impressive in the Storm’s win over the Penrith Panthers.

The Storm won 32-2, dominating the Panthers for 80 minutes. Munster has gone from strength to strength since Billy Slater’s retirement. He has undoubtedly been Melbourne’s best through three games.

Against the Panthers and NSW Origin halves pairing, James Maloney and Nathan Cleary, Munster had almost 300 kick metres, and three one-on-one steals. The one-on-one steals stat is particularly absurd, considering the modern game has moved away from striping the ball. Munster controlled the game with his perfect mix of playmaking and running ability – ominous signs for NSW in this year’s origin series. 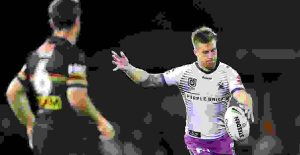 Nathan Cleary and James Maloney barely put up a fight as they watched QLD five-eighth, Cameron Munster, dominate the game.

Cleary and Maloney have been mediocre to start the season. They took a collective step forward last week in a win against the Newcastle Knights, but took two steps back this week.

To be fair, the Melbourne Storm have made many teams look useless over the years. Cleary and Maloney are by no means incapable of finding their form well before Origin game one.

However, a five-eighth by the name of Luke Keary has been turning heads for some time now. Keary may be the front-runner for the Dally M medal, and at some point, his scintillating form is going to warrant selection for NSW. Brad Fittler has already admitted that he admires Keary’s short-side ability, and only narrowly missed selection in the starting 17 last year.

Keary has built on that form, and if Cleary and Maloney keep taking steps back, it’s only a matter of time before one of them is cut from the Blues team. 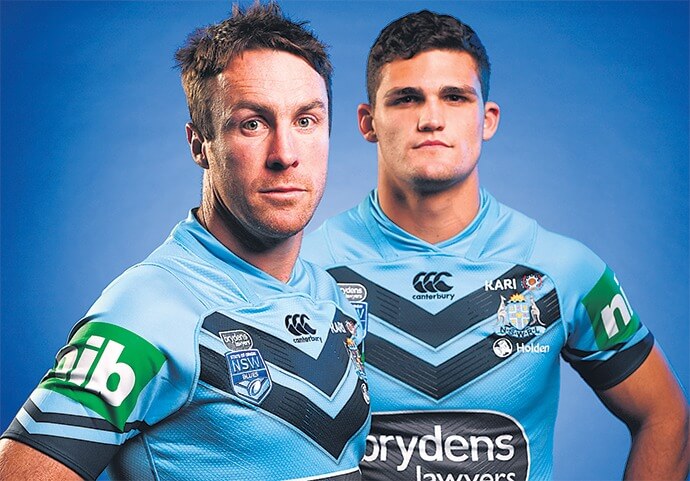 Corey Norman was a huge winner this week. Looking like the weakest link in the Dragons’ reshuffled spine, Norman proved his worth by slotting the winning field goal in the dying seconds of the game against the Broncos.

While the injury to Gareth Widdop soured the win for St George, Norman’s spot in the team is much more secure now. The Dragons may even benefit from a more stable spine. The return of Matt Dufty to fullback adds extra danger to their attack as well. 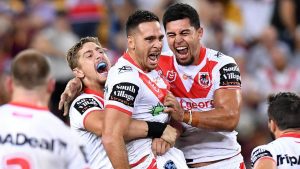 When Corey Norman slotted that field goal, not only did he silence the Broncos’ faithful at Suncorp Stadium, he silenced his critics. After saying he should be benched in last week’s article, I was made to eat my words and definitely belong in the ‘Loser’ column this week.

After looking like the worst team in the competition in the opening two rounds, Dean Pay heeded the calls of fans and made a host of changes to his team.

Nick Meaney made his club debut for the Bulldogs, shifting Will Hopoate to centres. While Hopoate is a classy player, Meaney’s inclusion in the team added extra quality to the backline. Jayden Okunbor made his first-grade debut and didn’t look out of place in the top league. Rhyse Martin was also promoted back into the team for the first time in 2019. His omission in the opening two rounds was very confusing. Martin was a revelation for the Doggies last season, and his goal kicking is phenomenal.

Pay’s changes paid off, with the Bulldogs getting a surprise win over the Tigers. Lachlan Lewis and Kieran Foran seem to really be gelling. The latter looking in much better form than in recent times.

Wayne Bennett's Redcliffe Dolphins have scored a major victory in the 2022-23 player market, with Hamiso Tabuai-Fidow set to be released by the North Queensland Cowboys ahead of the next NRL campaign Read More
NRL

The Wests Tigers are leading the race to bring ex-State of Origin star David Klemmer back to Sydney, but his old club the Canterbury Bankstown Bulldogs still has a play to make before any deals are Read More
NRL