NRL Round 2: Winners and Losers - The Sporting Base
0

NRL Round 2: Winners and Losers

With the second round of NRL action in the bag, we take another look at the winners and losers of the weekend.

The Dragons urgently need to fix their spine. The amount of changes the team undergoes every time they bring on Matt Dufty is laughable. Starting Gareth Widdop at fullback was an interesting move, but one that has clearly failed. Widdop is a phenomenal player but his talents aren’t properly utilised at the back. The spark Dufty provides whenever he’s on the field shows he should be the starting fullback. The loser of the situation: off-season recruit Corey Norman. Out of the spine, Norman provides the least for the team. You only need to look at how the Eels are going without Norman to think that he’d be better suited on the Dragon’s bench. 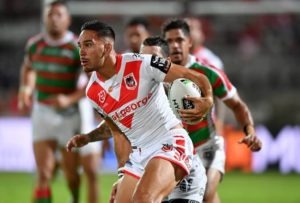 Wayne Bennett appears to have had another master stroke with Sam Burgess’ positional switch this season. Burgess was at his destructive best in the second row this weekend, following a solid performance the week before. He’s not the only one to benefit from the move. Cam Murray was knocking on NSW’s door last season, but his move to lock truly has him kicking down the door of rep footy. 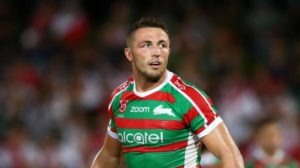 After a monstrous round 1, Jason Taumalolo struggled to back it up his form against a formidable Brisbane forward pack. Largely subdued and out-muscled, Taumalolo, only managed 44 running metres in just over half an hour of game time, before being injured. Hopefully he’s back to his best when he returns after a stint on the sidelines. 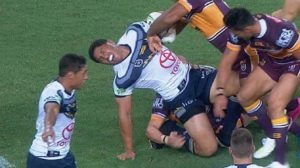 In contrast, Tevita Pangai Junior had a Taumalolo-esque game against the man himself. TPJ was ferocious, with some ginormous hits on Taumalolo and Josh McGuire. He also bagged a try in a performance labelled ‘arrogant’ by Gus Gould. If he continues to rack up performances like this, he’ll be on track for an Origin birth. 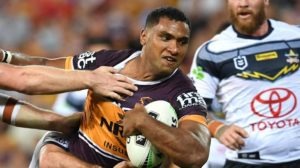 Loser: Garth Brennan and the Titans

Gold Coast fans will point out that they’ve lacked their primary playmakers for the first two rounds, but the Titans have looked well off the mark so far in 2019. Jai Arrow was the only standout player over the weekend, with the rest of the team looking flat. Given the quality of their current players, if Brennan fails to turn results around when Ash Taylor and Tyrone Roberts return, then perhaps the Titans will need to consider another coaching option. 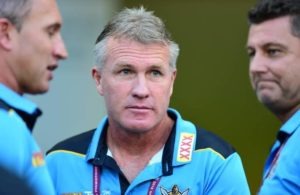 Sharks fans were left wanting after a poor display in round 1 against the Knights. However, they’ll be full of confidence after an impressive performance at home against the Titans. Matt Moylan and Shaun Johnson looked extremely impressive alongside Chad Townsend. Johnson’s combination with rookie Briton Nikora looks to have a bright future. Josh Dugan also starred in a team with attacking threats across the park. While Sione Katoa was unlucky not to bag a hattrick. 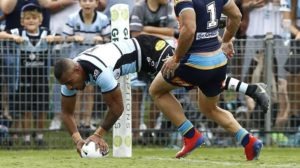 People questioned switching Kalyn Ponga and Connor Watson for 2019. The intention from Nathan Brown was clear; Watson providing an energetic running game, but lacked in playmaking ability; while getting the ball in Ponga’s hands more often, could only be a good thing. Most critical of the switch, focussed on Ponga’s game being nullified in the front line, but so far, the weak link appears to be Watson.
At the Roosters, Watson was an excellent super-sub. He switched to the Knights seeking more game time. However, his performances this year show that perhaps he’s best suited for the bench. Kurt Mann is the Knight’s current bench utility, who could move into the starting squad. Another option is Mason Lino, who could be used in the halves, although he was injured over the weekend. Let’s not forget that the Knights’ 2017 top scorer and fan favourite, Nathan Ross is still at Newcastle for the time being. 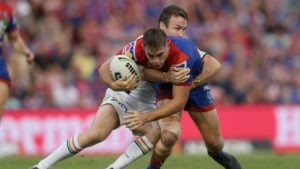 Up against former NSW halfback, Mitchell Pearce, and Queensland representative, Kalyn Ponga, the incumbent NSW halves pairing of James Maloney and Nathan Cleary did nothing to hurt their chances of re-selection for NSW in their game against the Knights. Despite a few high tackles by Maloney, his defence proved valuable when he made an amazing try-saving tackle on Edrick Lee as well as a huge hit on Connor Watson which resulted in a knock-on. The Cleary household would’ve had a much happier post-game dinner this week. Nathan bagged two try-assists and had his first win under dad, Ivan. 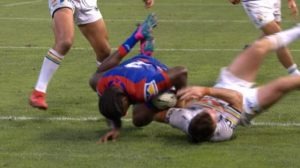 After Brett Morris injured his knee for the second time at Brookvale Oval, fingers are being pointed at the stadium’s playing surface. While a torrential downpour certainly didn’t help, Morris and Roosters’ Coach, Trent Robinson, have both expressed their displeasure at the quality of the Sea Eagles’ ground. It’s just another headache for Manly’s management, who have plenty of those already. 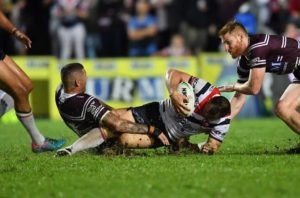 While James Maloney had an impressive game this round, Luke Keary would have to be the favourite for the Blues’ number 6 this year. Keary has gone to another level over the past couple of seasons, and only just missed out on an Origin spot last year. Over the weekend he was incredible, filling in for Cooper Cronk as the primary playmaker for the Roosters in their win against the Sea Eagles. 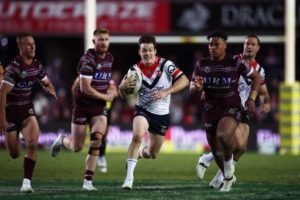 Not many people would’ve predicted the Tigers and Eels to be leading the comp. Despite only being two rounds into the season, both teams have been very impressive. The Eels look a much improved side from the wooden-spooners of last year. Their attack has been much more efficient and dangerous. Wests sit on top of the table for the first time in their history, being steered around the park by veterans Robbie Farrah and Benji Marshall. 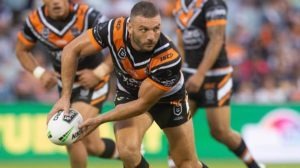 The Bulldogs are really fighting hard with the Titans to be the worst team of the year so far. Dean Pay’s men couldn’t stay in the fight with the Eels, despite leading 10-0 at one stage. After a second thumping, Pay’s trust in his starting 17 may be waning. With youngsters like Nick Meaney pushing for a spot, the Bulldogs might be in for a shakeup. 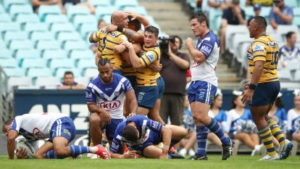 Wayne Bennett's Redcliffe Dolphins have scored a major victory in the 2022-23 player market, with Hamiso Tabuai-Fidow set to be released by the North Queensland Cowboys ahead of the next NRL campaign Read More
NRL

The Wests Tigers are leading the race to bring ex-State of Origin star David Klemmer back to Sydney, but his old club the Canterbury Bankstown Bulldogs still has a play to make before any deals are Read More
NRL