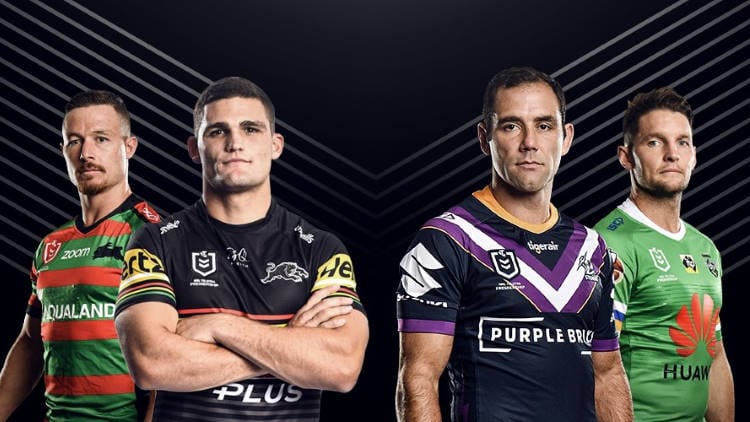 We’re down to the final four teams & with all teams in top form it looks a hard week to pick some winning bets but our analyst is confident he has found some great bets.

Tipping Results (Started In Round 8) :

We tried something a little different in the semi finals as we staked a couple of exotics bets but it shows that the old saying “stick with what works” proved correct as we suffered a 2 unit loss.

Let’s take a look at the preliminary finals below.

Both teams have hit their best form at the right time of year and how could we expect anything else from both of these coaches.

Melbourne has enjoyed a week off in preparation for their sixth consecutive Preliminary Final after defeating the Eels by 12 points in the Qualifier at Suncorp a fortnight ago.

The Raiders showed they have the guts and determination to win the competition last week in a nail-biting 22-18 victory over the Roosters.

Nobody gave the Green Machine a chance against the reigning premiers, and while it wasn’t pretty at times, the result is certainly one the Raiders can build on heading into Friday’s game against another NRL juggernaut.

Three of the last four games have been decided by no more than a try, which again explains the Storm laying -6 at the line.

Canberra are set to field a similar side to the one that beat the Roosters last week, while the Storm seem confident Cameron Munster can play through his knee injury.

The Storm’s 7-0 record at Suncorp dating back to 2018 is hard to go past and we can see them covering the line here.

The Panthers will be fresh after a week off & will be looking to make another statement after defeating the defending champions a fortnight ago.

The Rabbitohs, on the other hand, are perhaps the most dangerous side remaining after recording their third consecutive double-digit victory last week, this time over the Eels.

South Sydney had their backs against the wall trailing 18-6 at half-time but showed enormous courage and determination to not only erase the deficit but also outscore the Eels 24-6 in the second half.

Wayne Bennett’s men lost to the Panthers 20-12 when these two sides last met back in Round 7, but a lot has obviously changed since then.

Fill In The Form Below To Receive Our NRL News & Tips Straight To Your Email For FREE!

The rise and rise of Ryan Papenhuyzen: how far can the Storm's little fullback go?

The rise and rise of Papenhuyzen is well underway in the NRL -- the question now is, how far can Melbourne Storm\'s speedy little fullback go in his potentially glittering rugby league Read More
NRL

Harry Grant won't be at Tigers in 2021, despite rookie's "special year" in the orange and black

NRL rookie of the year Harry Grant has confirmed he won\'t be returning to the Wests Tigers in 2021, despite the \"special year\" he\'s had in the orange and black of Sydney\'s western Read More

Do the Parramatta Eels have their very own 'Curse of the Bambino' haunting them in the NRL?