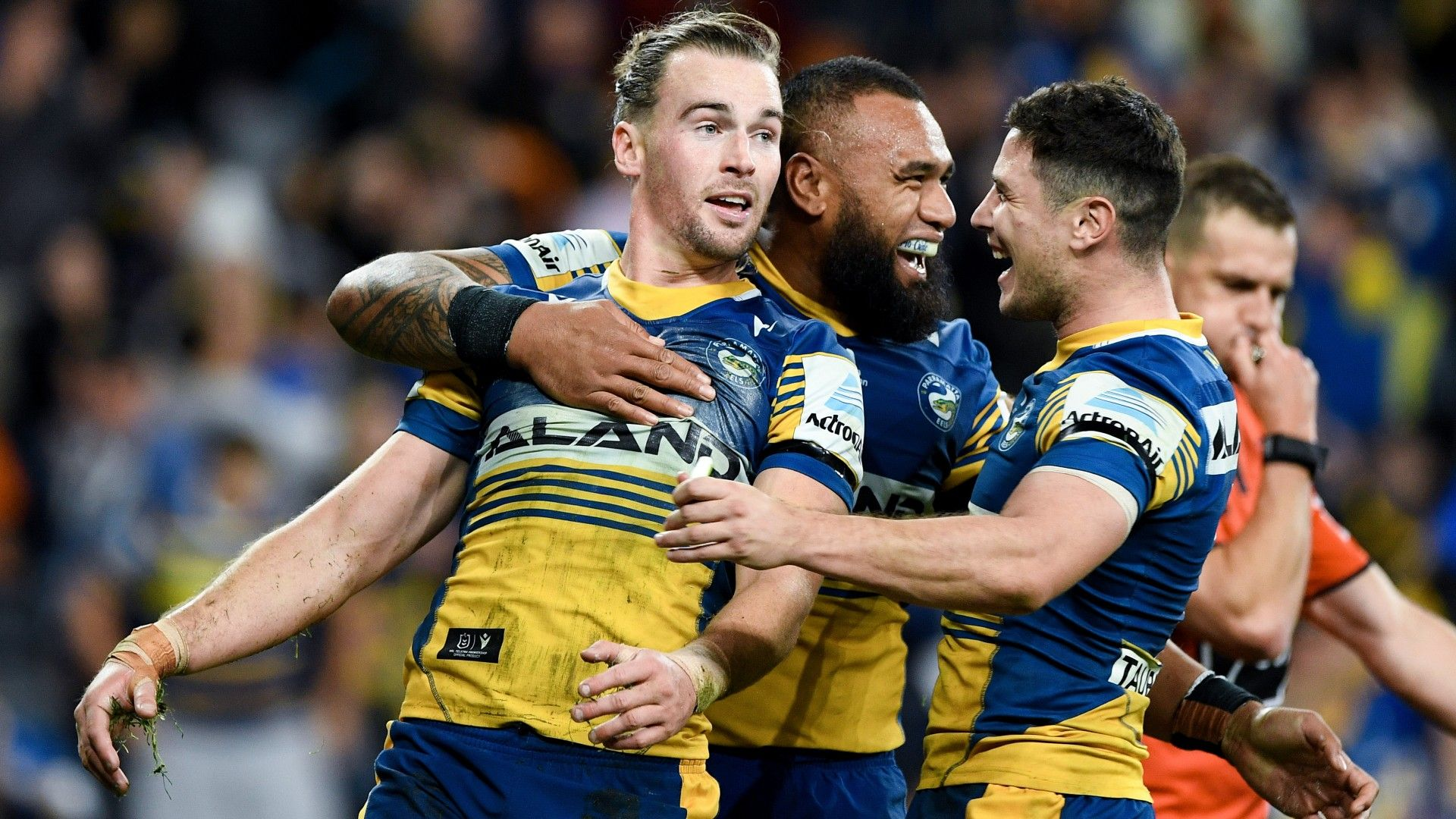 Clinton Gutherson will hit the “big 10” with the Parramatta Eels, racking up a decade of service in the blue and gold, after agreeing to a bumper new $760,000-a-year deal that will run until the end of the NRL’s 2025 season.

The Eels have finally locked up their skipper with a new three-year extension.

Later that same evening, the powerbroker trio agreed on numbers, length, and loyalty; by earlier this morning, it was confirmed that Clinton Gutherson would be seeing out his current deal to the end of 2022, before taking up a new three-year bargain that will see him hit a huge club milestone at Western Sydney Stadium.

Gutho’s new deal is well off his original demands of $1m-plus a season, with the club talking him and Ayoub down to a more feasible $760k mark until 2025.

The offseason is far from over for Parramatta’s player powerbrokers, however.

While Gutherson’s re-signing is expected to be announced either over the weekend or early next week, the Eels bosses are already turning their attention to two more of their shining stars.

The club lost Isiah Papali’i to the Tigers last week, and before that Marata Niukore to the Warriors even earlier. Parra have no plans to lose out on their final two contract sagas, with hooker Reed Mahoney and front-rower Junior Paulo. Both are under Ayoub’s wing, just like Gutho, but with the Eels skipper staying that should sway their decision ever so slightly.

The off-contract Eels duo have fielded several major offers from NRL rivals, but the Eels are trying everything in their power — and their tightened salary cap space — to convince them to stay.

Contract talk tends to rear its head this time of year, with many acquisitions linking up with new clubs and off-contract stars searching for new homes With help from the experts at Fox Sports Read More
NRL

The Eels have found their Reed Mahoney replacement in Bondi: Sam Verrills is expected to join the blue and gold from 2023, making way for Brandon Smith at the Roosters and replacing Parramatta\'s new Read More
NRL

The Melbourne Storm have announced that star hooker Brandon Smith will depart the club at the end of the 2022 NRL season, following weeks of innuendo surrounding the 25-year-old’s Read More