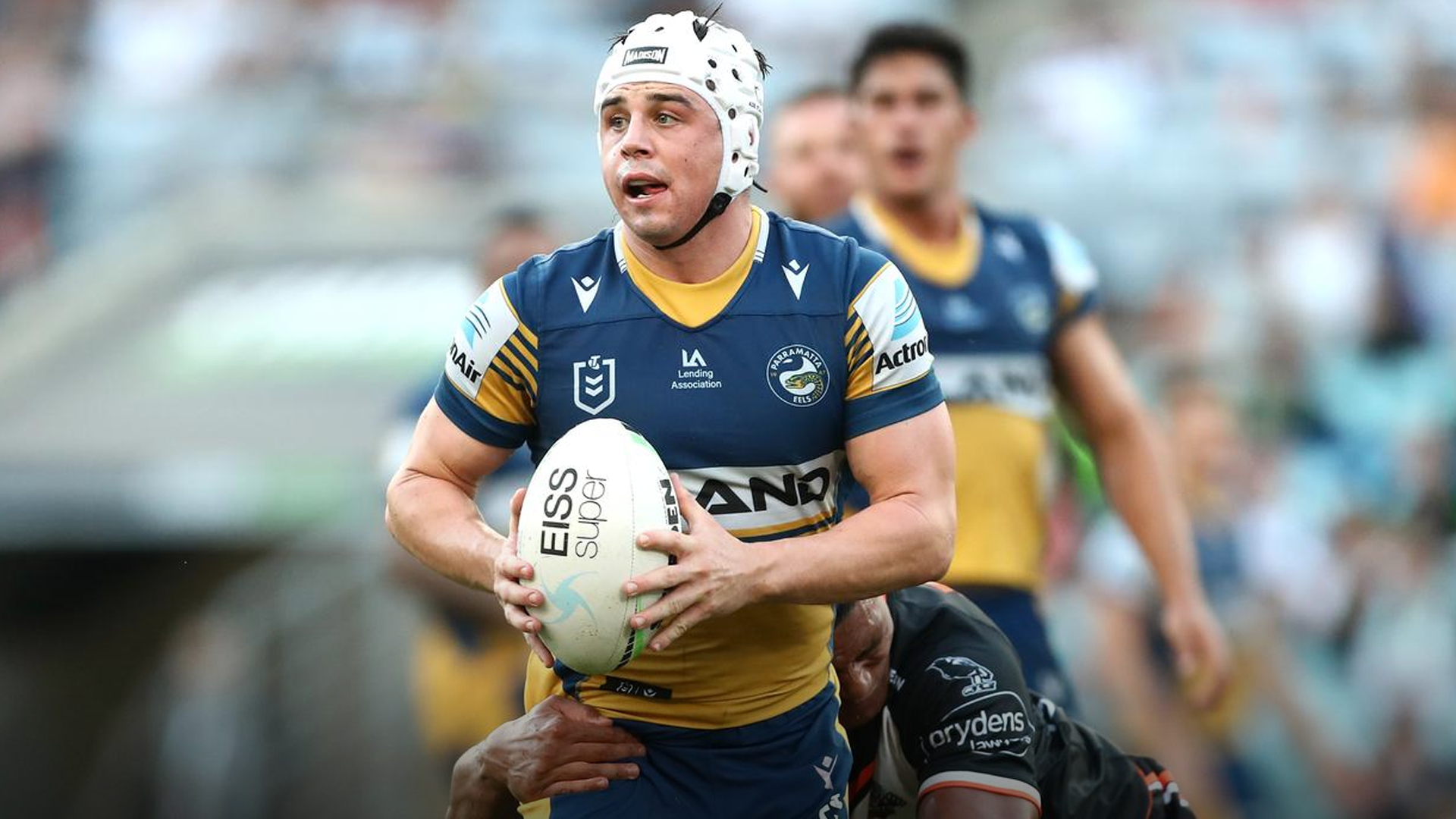 Reed Mahoney has agreed to join the Canterbury Bankstown Bulldogs, taking up a lucrative $2.4 million deal to run over four years, after the Eels lowballed their premium representative hooker with a $900k, two-year extension the 23-year-old barely considered.

Mahoney has told Brad Arthur and the Eels he will be leaving at the end of next season.

The Queenslander will be trading gold for white in a big-money Belmore switch in 12 months, after the Eels came to the party too late. Mahoney was originally tabled a skinny $450k-a-year extension, which was soon overshadowed by Canterbury’s offer by $150k a year, and double the length.

Parramatta reportedly panicked after hearing Mahoney was tossing up the Bulldogs deal and hiked their offer up to $1.4m over three years, but the 23-year-old snubbed that too.

The eleventh-hour boost only came a day before Mahoney locked in his Eels exit.

It’s the second major loss the Eels have copped this offseason after Isiah Papali’i picked a rich deal from Wests Tigers over Parra’s offer — another lowball extension bid to keep the club under the cap.

Mahoney’s choice to take up the Bulldogs on their rich deal will see the 23-year-old return to Belmore after leaving the club’s under 20s system in 2018 to join the Eels.

At the time, Canterbury Bankstown’s brass let the young Queenslander go after they decided the emerging hooker wouldn’t cut it in the NRL. He has since played 73 games in the league, playing in three finals series between 2019 and 2021.

The young rake joins an immense ‘ins’ list at Cantebury Bankstown starting this year, and tracking over to the start of the 2023 season. Phil Gould, who took the reigns months ago, has already lured Matt Burton, Josh Addo-Carr, Paul Vaughan, Tevita Pangai Junior, Matt Dufty, Viliame Kikau, Braidon Burns, and Brent Naden to the club.

Mahoney’s addition rounds out the team nearly perfectly: the Bulldogs have been sniffing around for a true top-class hooker, and with the 23-year-old, they’ve most certainly found their man.