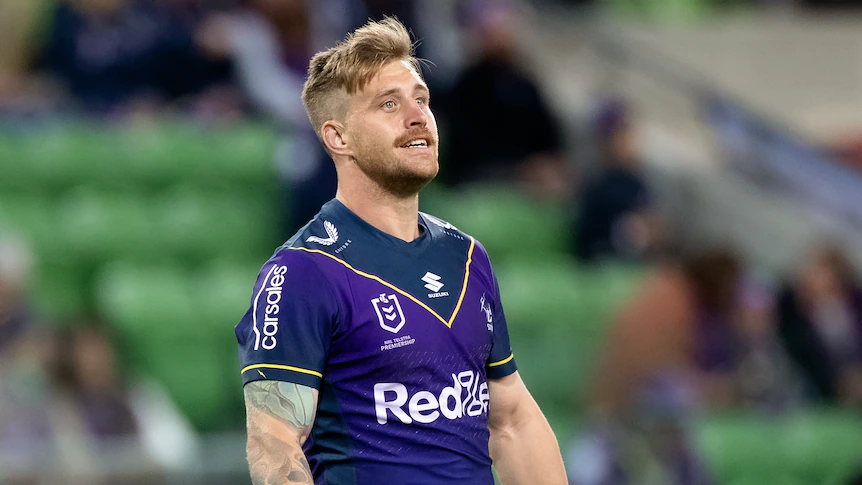 The St George Illawarra Dragons are set to wade into the $1.2 million battle for Cameron Munster, with powerbrokers at the joint venture eager to combine the Storm five-eighth with Red V hero Ben Hunt from 2024.

Munster is expected to leave Melbourne after 158 games (and counting) and a ten-year run for the purple southern juggernaut to clock up a huge cash deal. The Storm has offered their 27-year-old playmaker a $750,000-a-year package to keep him until 2026, but The Sporting Base understands the Queensland half is wanting a fair bit more than that per season.

While it would be a huge chunk of their NRL salary cap invested into two players, Anthony Griffin and St George Illawarra’s recruitment officers are interested in pairing the Queenslander with his State of Origin teammate in the halves from 2024.

The plan, The Sporting Base has heard, is to put Munster and club captain Ben Hunt at the heart of a young list built out of Illawarra and Kogarah juniors—including exciting youngster Tyrell Sloan at fullback and Connor Muhleisen at nine—to guide the Red V into the late 2020s and the next phase of the club’s rebuild.

Then, when Hunt retires, Munster will be the old-head half alongside Jayden Sullivan.

St George Illawarra will face heavy resistance from the Redcliffe Dolphins, who want Munster as their marquee man from their second season, and the Brisbane Broncos, another interested party.

The Storm bosses are also keen to keep their number six beyond his deal’s 2023 expiry date, but with hefty upgrades for Ryan Papenhuyzen, Harry Grant, Xavier Coates, and Jarome Hughes, Cameron Munster has found himself the odd man out in Melbourne.

Munster is not actually allowed to talk to rival clubs until November.

“I know that they reached out to Braith Anasta, Munster’s manager, late last week about it,” veteran footy journo Buzz Rothfield said on Big Sports Breakfast this weekend. “They believe by having Ben Hunt, who has played a lot of football alongside Munster in Australian and Queensland teams, it will work in the club’s favour. He’d be a great signing.

“Ben Hunt is getting to the back end of his career and while he is one of the most in-form players in the comp at the moment, he’s not going to be around forever, probably another two to three years and Munster could play his career out there.

“(Munster) is bumping up his price tag up every day. There’s no question he’s going to go north of $1.2 million and wherever he finishes up, he’s going to be a great signing.”

Coincidentally, Munster and the Storm beat the Dragons by 36 points this week.

Several grudge matches, some high-profile returns, and another top-four clash will be a part of the action this season’s Indigenous Round, which also marks the final round that Dally M votes will Read More
NRL