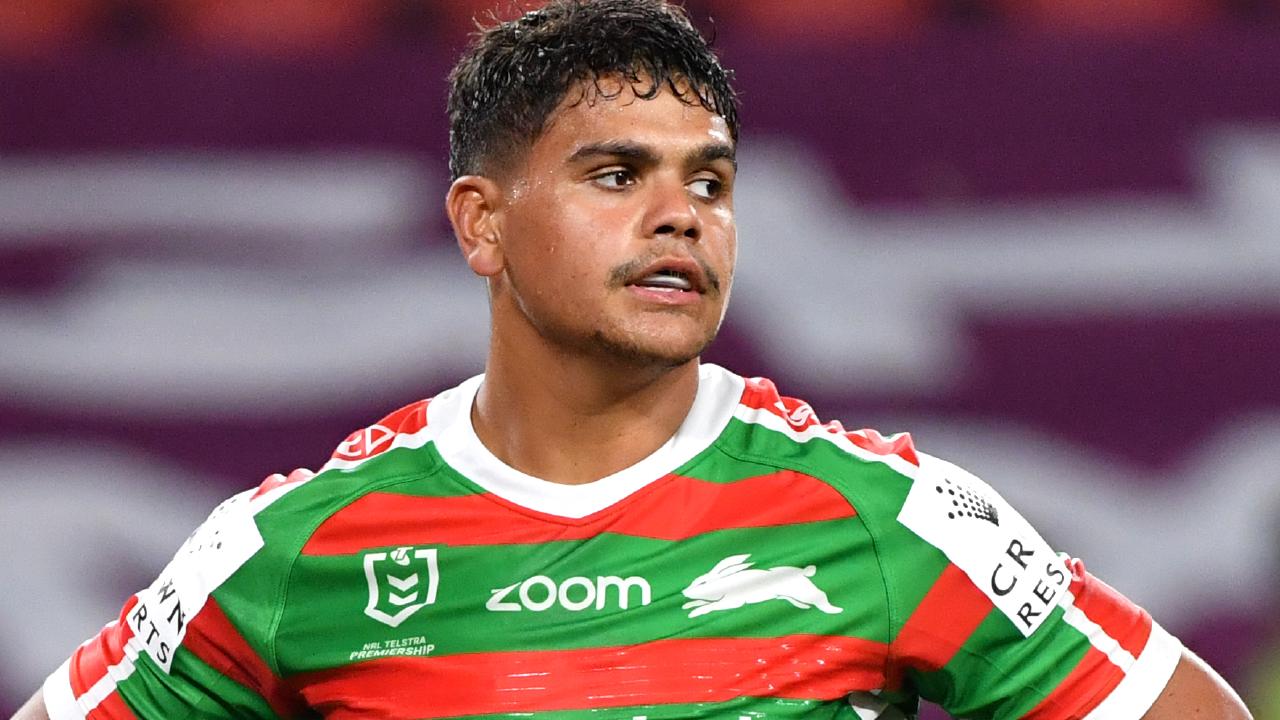 It’s the curious case of Latrell Mitchell — the 23-year-old stands among the game’s best, and improves year-on-year, but for some reason, the South Sydney fullback is constantly ruled out as a game-breaking threat.

As reported earlier this week, the Bunnies have just pulled off a major signing coup, locking Latrell Mitchell into a new deal that will keep him at Redfern until at least 2023. The problem? Well, there isn’t really one, but the NRL world seems determined to sell it as one.

It’s a misguided storyline that seems to stick to the Taree youngster like glue.

It’s fair too. This era of the NRL has seen more and more top fullbacks and superstars taking to the field at young ages. World-class players like Ryan Papenhuyzen (22), Tom Trbojevic (24), and Nathan Cleary (23) all clock in early on the age barometer. Payne Hass (21) and Harry Grant (23) too.

And here, The Sporting Base thinks, is where Latrell Mitchell gets the rough end of the stick — while players like Grant and Papenhuyzen are billed as “rising stars” bursting into the scene, and happily given the benefit of the doubt for on-field failures, Latrell is measured under a different microscope.

All in all, the 23-year-old has tallied more than 100 games in the NRL. He had a 97-game stint for the Roosters before notching another 14, and counting, for the Bunnies.

He’s been in the game for more than half a decade, yet it feels like he’s an old head.

So why are we bringing this up?

This signing is a massive win for the Bunnies. While Mitchell is still acclimatising to his fullback role, when he was on song in 2020 he was nigh unplayable.

In round 5, he showed why he should be classed as one of the NRL’s top glamour players.

The then 22-year-old put on a clinic, scoring once and laying on three assists. He clocked up 11 tackle breaks, a linebreak, and guided the Rabbitohs to a 32–12. Similarly, ten weeks later he had a similar performance against the Sea Eagles.

Latrell charged past the 100-meter mark in eight of his 16 games — a haul that was cut short by a cruel hamstring injury in round 16 — including a huge 204 against the wooden spooners, the Broncos.

He also believes he was “never a centre,” despite excelling in the role at the Roosters. 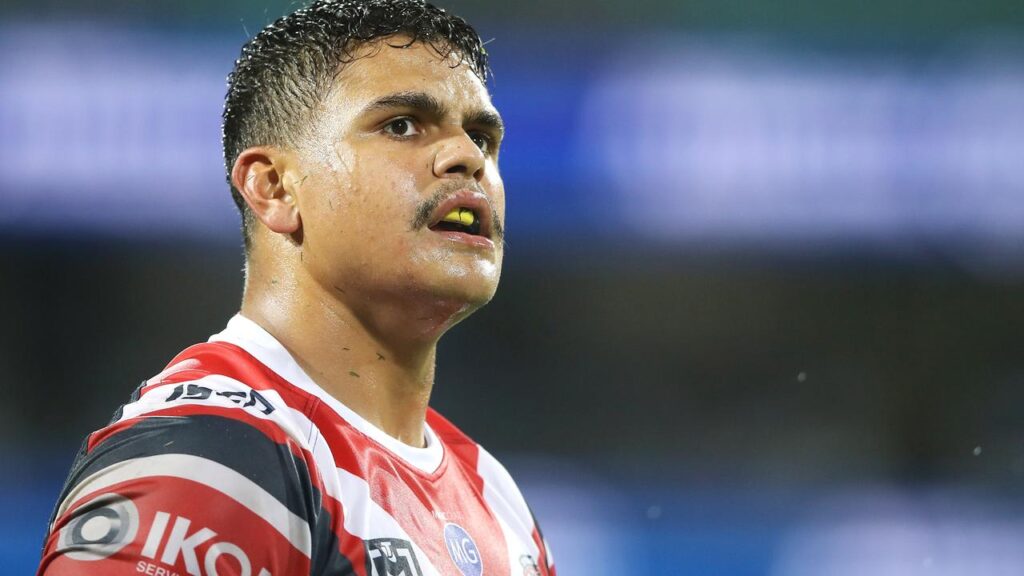 Latrell says he was “out of position” in the tricolours.

When the Rabbitohs announce they’ve locked him down for a further two years, through to the end of 2023, that’s a good thing. He’ll play out the next three years — at least — in the cardinal and myrtle, and in the process continue to lift the South Sydney squad.

Latrell is one of the true game-breakers in the NRL. He is five years younger than James Tedesco, a year younger than Tommy Trbojevic, and the same age as Nathan Cleary, who the game has been salivating over in recent seasons.

It’s time for the NRL fandom to accept Mitchell as a glamour fullback.

Don’t compare the Taree superstar to other fullback-enamoured backs like Josh Addo-Carr or Valentine Holmes, who are chasing the pay packet more than the role, either. Mitchell is returning to his old spot in the matchday seventeen, and looking better every game there to boot. 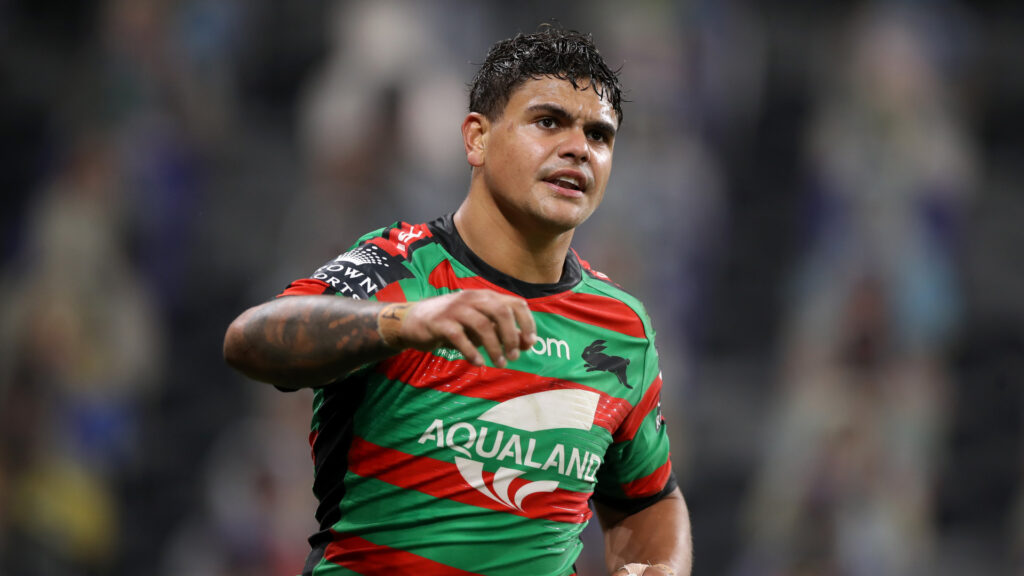 Latrell has (mostly) looked the goods in his first half dozen games for the Bunnies.

And, most importantly, Latrell is thriving there.

“The fullback switch has been awesome for me, confidence-wise,” he said.

As the 2021 season unfolds, remember we’ve not even seen the best there is from Latrell Mitchell yet. That’s yet to come, and it’s exciting to see where the Bunnies number one goes from here.

In the end, too, the man himself put it best: “The sky is the limit for me.”

Ben Hunt claims under-fire Dragons "will play finals" this year — can they deliver?

Newly-crowned Dragons skipper Ben Hunt has made a bold call about his under-fire NRL roster; the Red V outfit \"will play finals\" this year, despite the mountain of doubt piling up at their feet — Read More
NRL

Come on NRL, the Redcliffe Dolphins are the only real choice for Brisbane expansion plans

Are we really going to be going through this circus for the next year, as the NRL tries to settle on its 17th team -- and second Brisbane organisation -- ahead of the looming 2023 season The answer Read More
NRL

Mitchell Pearce is the right man for the Knights, for all the wrong reasons

Mitchell Pearce has become a poster boy for avoidable mistakes, too many second chances, and NRL mediocrity If the Newcastle Knights rope him in to lead their title hopes for another season, they\'re Read More