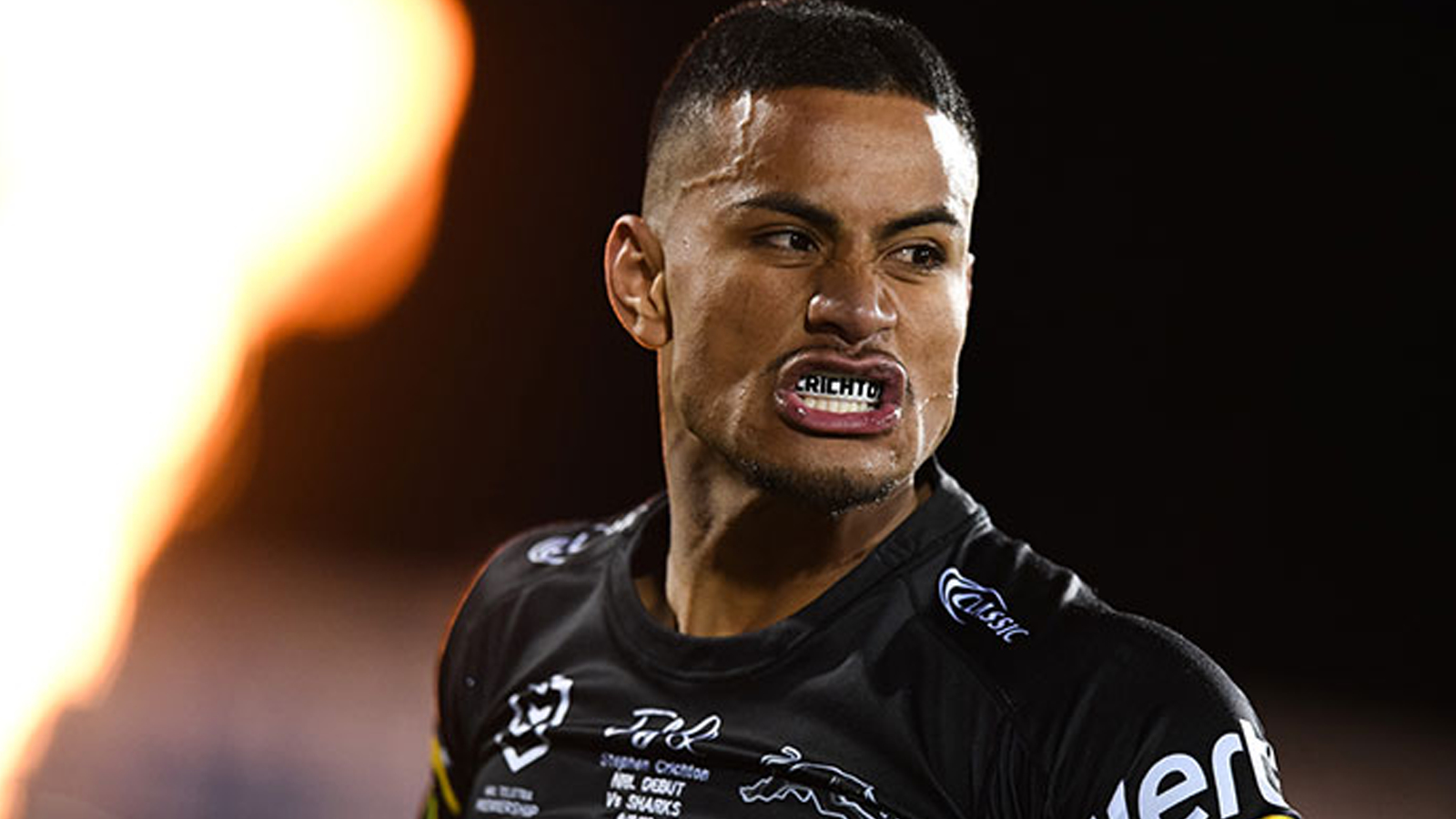 The Dolphins bosses have turned their focus to title-winning Panthers centre Stephen Crichton, with eyes to make him the seventeenth NRL club’s first-ever marquee fullback amid a salary cap squeeze in Penrith.

The expansion club is expecting to sit down with Crichton in coming weeks.

Crichton, still just 21, has made it very clear he’s “never wanted to play anywhere else” than Penrith, especially considering he’s come through the championship club’s junior system and is very close to local core and squad hearts Jerome Luai, Spencer Leniu, and Brian To’o.  They, along with “Critter,” all grew up around Mt Druitt together.

The Panthers are facing a particularly nasty cap squeeze, however. Keeping halves combo Nathan Cleary and Luai is not cheap, especially with their current status as tied-together Origin playmakers.

Those agreements leave around $600,000 worth of space for Crichton.

It’s certainly a few bucks short of the $850,000-a-season package the Dolphins are preparing for the 21-year-old; a price point the Redcliffe club can offer due to their plan to swap Critter into fullback.

Big misses for the organisation already include Tino Fa’asuamaleaui, Kalyn Ponga, and Brandon Smith. Melbourne trio Harry Grant, Cameron Munster, and Jarome Hughes were also on their radar. The problem is that Dolphins bosses promised a marquee man for their opening season, but that is looking more unlikely by the day.

According to the Daily Telegraph, a source close to the Redcliffe transfer team said: “Joining the Dolphins is a realistic option for Stephen because Penrith wouldn’t be able to get close to the money the Dolphins could offer.”

Crichton signed a two-year extension with the Panthers before the season started last year.

Izack Tago, Liam Martin, Scott Sorensen, Spencer Leniu, and Charlie Staines are all off-contract with the Panthers next season. The Dolphins recently acquired the services of Cowboy Connelly Lemuelu.