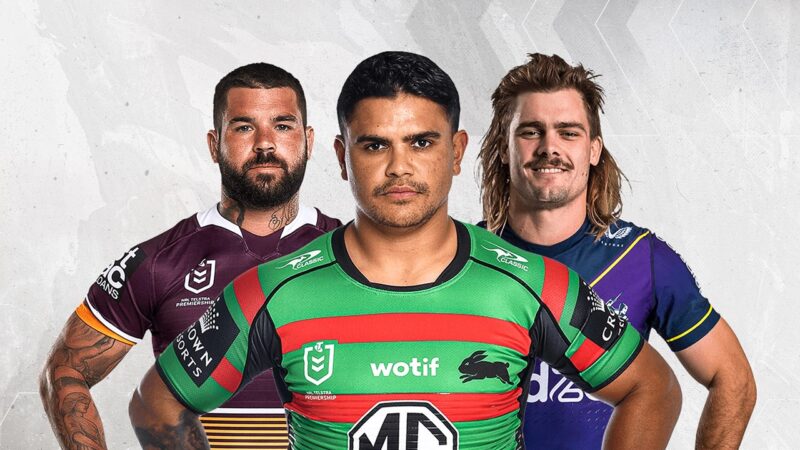 We’re back after a week of due to origin and we’ve got our picks in each game of round 16 below.

The Knights launched their campaign with wins over the Roosters and Tigers before hitting the skids with seven straight losses while Gold Coast won two of their first four and pushed Parramatta and Canberra in the other two.

Newcastle has won its last three against Gold Coast at home, scoring 30-plus points in each.

Honours were shared last season with Patrick Herbert and Corey Thompson bagging doubles in a 42-16 Titans victory at Robina in Round 5, while Mitchell Pearce’s last-minute field goal secured a 15-14 Knights win in Round 24 on the Sunshine Coast.

Sydney Roosters went into the representative rest outside the Top 8 after losing their last three games to the Raiders, Storm and Eels.

Panthers general Nathan Cleary was at his majestic best in Origin Two but the premiers have an able deputy in Sean O’Sullivan should the gun No.7 be given a break.

The Panthers have won 23 of their last 24 games at Penrith Stadium and are giving away a massive 15.5-point start here.

With Matt Burton and Josh Addo-Carr combining superbly the Bulldogs have racked up 70 points in the past fortnight to blow the Eels and Tigers off the park and they look to be enjoying their footy under Mick Potter.

Cronulla is handily-placed in fourth with a 9-5 record. But the Sharks have been struggling to find their best form over the past couple of months, picking off the low-hanging fruit (such as the Warriors and Titans in the last two rounds) but losing to Top 8 and mid-table opposition convincingly.

The clubs’ last four encounters were split two apiece. Last season the Bulldogs won 18-12 in Round 7 at Jubilee Oval, while Sione Katoa picked up two tries as the Sharks powered to a 44-24 win in Round 19 on the Gold Coast.

Not since 2016 will the local Queensland derby have so much hype in the lead-up with North Queensland sitting in third spot on the Telstra Premiership ladder and Brisbane nicely placed in fifth.

Adam Reynolds has transformed the 9-5 Broncos, but their ability to win without the veteran halfback recruit was a key feature of the seven-match winning streak that ended with a spirited 32-20 loss in Melbourne in Round 15.

The Cowboys have won three of the last four derbies overall and nine of the last 14 in Townsville. They boast the second-best defence in the NRL and have scored 28-plus points in eight of their last nine games.

Parramatta will travel down the road to Accor Stadium on Saturday night looking to put a six-point buffer on opponents South Sydney on the Telstra Premiership ladder.

The Rabbitohs were humiliated 32-12 by the Dragons in Round 15, trailing 32-0 in a diabolical first half that saw rookie coach Jason Demitriou inexplicably hook rookie halfback Lachlan Ilias.

Parramatta continues to confound, recovering from a horrific 34-4 loss to Canterbury with a blistering first-half performance to subdue Sydney Roosters 26-16 five days later.

Souths have won six of their last seven against Parramatta – including a pair of big wins in 2021.

Emotion will be running high for a homecoming 1038 days in the making when the Warriors host Wests Tigers in front of a sold out Mt Smart Stadium on Sunday afternoon.

The nomadic Warriors have skidded to second-last courtesy of a seven-match losing streak, with Nathan Brown’s exit sparking only minor improvement in big losses to Cronulla (38-16) and Penrith (40-6) under Stacey Jones.

The 14th-placed Wests Tigers are in a similar hole, losing six of their last seven and crashing heavily to Manly (30-4) and Canterbury (36-12) since Brett Kimmorley took the reins from Michael Maguire in the same week as the Warriors’ coaching change.

The Warriors have won their last four against the Tigers, with each decided by six points or less and the battling outfits played out an extraordinarily ugly contest at Campbelltown in Round 3, the Warriors bumbling their way to a 16-12 win after a try-less second half.

St George Illawarra will be looking to consolidate their spot in the top eight and potentially go four competition points clear of ninth when they host the Raiders at WIN Stadium on Sunday.

Canberra is in 11th spot but just two points adrift of the Saints after an invaluable escape against Newcastle before the rep break.

Jack Wighton returns after missing that game and the second Origin with COVID, while Charnze Nicoll-Klokstad is back from injury on the bench.

The Raiders have won four of their last five against the Dragons, but the Saints grabbed a 22-20 victory in Wollongong in Round 15 last year, before the Raiders hit back with a 20-12 success at home six rounds later.