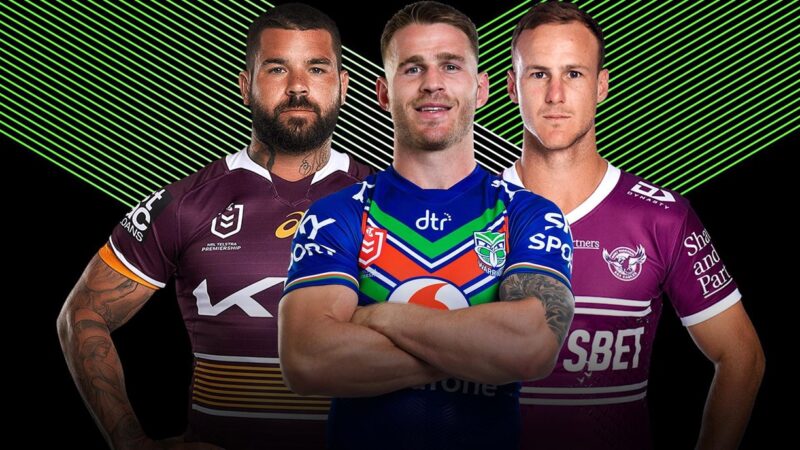 It was a huge week last week with 15 units ($1,500) jumping into the account and we will be looking for a similar result in round 15 where we have 9 tips.

Todd Payten’s men have won five from seven away games in 2022 so a trip to Manly’s spiritual home shouldn’t faze them, although the loss of young gun Heilum Luki for the season presents a significant challenge after a relatively injury-free run to date.

The Sea Eagles’ emphatic wins over the Warriors (44-12) and Tigers (30-4) in the past fortnight – both without Daly Cherry-Evans – were impressive, but they are yet to beat a Top 8 team this season.

Manly has won its last four against North Queensland, including a pair of landslide results in 2021 – 50-16 at Brookvale in Round 14 and 46-18 in Townsville in the final round, but this Cowboys incarnation is an entirely different prospect.

After winning just seven games last season and three the year before, Brisbane have already chalked up nine wins this year on the back of Adam Reynolds’ poise and the power of Pat Carrigan and Payne Haas, but they’ll have to make do without their skipper at AAMI Park after he injured his ribs against Canberra.

Melbourne grafted out a 26-18 win over Sydney Roosters at the SCG last Saturday to improve to 11-3, with backline fill-ins Grant Anderson and Marion Seve both bagging doubles.

The Storm have won 27 of their last 31 against the Broncos. Somewhat encouragingly for the Broncos, their last three wins in the rivalry came at AAMI Park.

Under new coach Craig Fitzgibbon the Sharks are putting together an impressive campaign although a lack of consistency has become something of a concern with their last eight games reading L-W-L-W-L-W-L-W.

The 3-11 Titans have slipped to last on the NRL ladder after their ninth loss in 10 games, a 30-16 home defeat to the Rabbitohs. Justin Holbrook’s confidence-stricken side has the 14th-ranked defence and 13th-ranked attack.

Cronulla extended its winning streak against Gold Coast to seven matches with a 25-18 victory in Round 11. Expect the result to be considerably more convincing this time around in the Sharks’ backyard.

The Panthers could not have been more impressive in their demolition of Newcastle while the Warriors started well enough against Cronulla but fell away badly in Jones’ first game at the helm.

Untimely errors and shabby edge defence were the familiar catalysts for the Warriors’ eighth loss in nine games.

But Stacey Jones has rung the changes this week, handing hyped half Ronald Volkman a debut and relegating Chanel Harris-Tavita a bench utility role.

The Panthers have won their last four against the Warriors, but the last two clashes witnessed arguably the Warriors’ gutsiest performances of the previous two seasons.

The Eels and Roosters are locked in the battle for spots in the bottom half of the top eight and a win here would be a huge stepping stone to September.

The blue-and-golds are infuriatingly enigmatic – capable of beating Melbourne and Penrith, but flaking out against wooden spoon contenders.

The 7-7 Sydney Roosters aren’t exactly flying, either having won only one of their last four and went down at home to a depleted Storm 26-18 last Saturday. Sam Verrills returns at hooker, while Luke Keary has been named despite concussion concerns.

Trent Robinson’s men got the better of the Eels in Magic Round but have lost three of four since that clash, while Parramatta will be reeling after an ambush at the hands of the Bulldogs on Sunday.

Canberra and Newcastle meet at GIO Stadium on Sunday afternoon with form lines that show just one win from the last five rounds, but perhaps missing the full picture of truly where these sides are at.

The 4-9 Newcastle Knights have struggled to get within 20 points of any team of moderate quality and raised the white flag in a 42-6 loss at home to Penrith last Sunday.

Newcastle is on a three-match winning run against Canberra, winning 24-16 in Newcastle and 34-24 at Suncorp Stadium last year.

The Raiders have won four of the last five encounters at GIO Stadium, with four of those five matches producing 54-plus points.

The Bulldogs arrive at CommBank Stadium on an absolute high having dismantled arch-rivals Parramatta on Sunday in the upset of the season.

With Matt Burton and Josh Addo-Carr running amok out wide and Tevita Pangai jnr on a mission in the middle, the Bulldogs stormed to their third win of the season and gave hope for better things to come in the run home.

The struggling, coach-axing teams meet for the second time in five weeks, the Tigers prevailed 36-22 at Leicchardt Oval in Potter’s first match in charge of the Bulldogs, who fought back admirably from an 18-0 halftime scoreline.