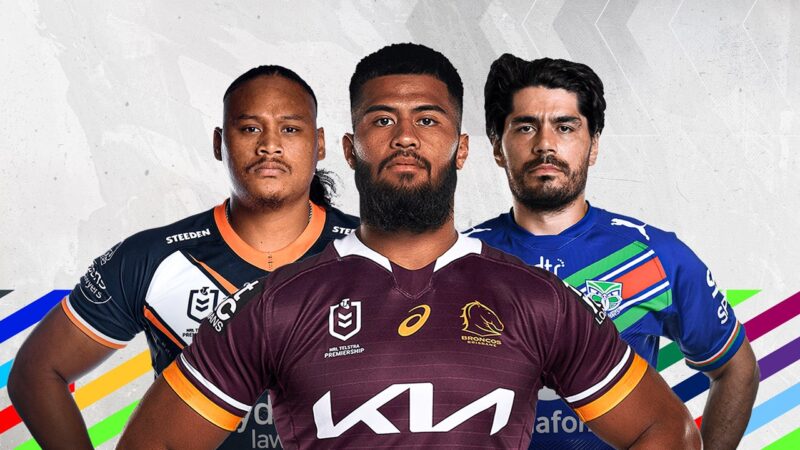 We’re back in round 10 where we have staked 16 units across 9 selections. We’ve got this week’s tips all ready to go for subscribers but if you haven’t joined yet you can get this week’s tips for FREE by joining now.

The Sea Eagles travel to Suncorp Stadium on Friday night to host the high-flying Brisbane Broncos who have won three straight and are looking to knock off another prized scalp in the competition.

Reynolds has been at forefront as the Broncos recorded a fast-finishing win over the Bulldogs, upset the red-hot Sharks and thumped the Rabbitohs.

Manly followed up a stoic 12-man loss to Souths with a convincing 36-22 defeat of Wests Tigers last Saturday.

Two-try second-row tyro Ben Trbojevic gobbled up the headlines, but it was another Daly Cherry-Evans master-class that underpinned the result.

Both teams are 5-4 and among the NRL’s more reliable teams of recent weeks.

Brisbane has won six of its last eight against Manly at Suncorp, but the Sea Eagles carved out a 50-6 victory at Magic Round in 2021 with an unstoppable Tom Trbojevic scoring two tries.

Speed out wide and a propensity for shifting the ball, a powerful middle-forward contingent and dangerous ball-runners on the edges are shared traits between these combatants.

Both sides are 4-5 after nine rounds and desperately searching for consistency, particularly the Rabbitohs, who have already lost more games than they did in the entire 2021 season when they charged all the way to the grand final.

Errors are killing Souths’ progress, while their defensive performance against the Broncos was comfortably their worst this season.

The Rabbitohs have won 11 of their last 12 against the Warriors – nine by margins of 17-plus – including the last five straight. Last season Souths ran in 11 tries in a 60-22 thrashing on the Sunshine Coast.

The Dragons traditionally have strong support in Brisbane and they’ll be hoping a large Red V contingent can help them return to the form that carried them to three wins on the trot before Sunday’s loss to the Storm.

Gold Coast is on a five-match losing streak and the hopeful signs of improvement in a plucky 18-4 loss to Penrith went out the window in a 44-16 defeat to a Roosters side that had hardly been setting the NRL alight.

The Titans are chasing three straight wins over the Saints for the first time in their history.

They chalked up their biggest victory over the joint venture in Round 19 last year, with Toby Sexton scoring 16 points on debut in a 32-10 result.

It’s fitting that the biggest match of the season so far be played in front of a sold out crowd at Suncorp Stadium in Magic Round.

The Panthers have won four of their last seven against the Storm – after losing 17 of 18 clashes between the clubs from 2006-17.

Last season Penrith won 12-10 at home in Round 3, Melbourne thumped a Cleary-less opponent 37-10 in Round 20 at Suncorp, and the Panthers pulled off an epic 10-6 preliminary final victory, again at Suncorp.

The Panthers finally suffered their first loss of 2022, edged 22-20 by the Eels last Friday in a high-quality showdown.

That defeat followed on from a somewhat underwhelming win over the Titans in Round 8 – but the premiers will lift a gear for this blockbuster.

The Sharks head to Magic Round sitting comfortably in fourth spot and on a high after overcoming the send-off of Will Kennedy to down the Warriors.

Nicho Hynes was sublime, Connor Tracey returned to first grade with a double and the Sharks’ pack won the territory battle after a flat team performance against Brisbane.

The fallout from the Sharks’ heroic victory is that Will Kennedy and Jesse Ramien are out suspended.

Canberra relieved the pressure of a five-match losing streak with a 14-4 win over Canterbury in Round 9.

Canberra bagged a thrilling 24-19 win over Cronulla at home in Round 1, blowing a big lead before Hudson Young scored the match-winner with five to go to seal the Raiders’ seventh consecutive win over the Sharks.

The Tricolours, fresh off a big 44-16 win over the Titans, are about to enter an interesting four-week block that includes matches against the Eels, Sharks, Panthers and Raiders (away and without Origin stars).

Parramatta, meanwhile, responded to a dismal loss to North Queensland in Darwin by inflicting Penrith’s first defeat of 2022, the Eels were brilliant with the ball at times, ultra-gritty without it at others and thoroughly deserved their victory.

The Roosters have won 15 of their last 19 against the Eels, but honours were shared in 2021.

Parra earned an impressive 31-18 home victory in Round 9, before the Tricolours powered to 28-0 shutout in Round 20.

The final match of the special event wraps up round 10 with the Cowboys looking to extend their winning run against a Wests Tigers side that have taken a few steps backwards in recent weeks after putting two wins together.

The Tigers boast seven wins from their last nine encounters with the Cowboys and have won three straight in Queensland.

Last season the Cowboys prevailed 34-30 at Leichhardt Oval in Round 5, but the Tigers got up 24-16 in Townsville in Round 22.

Several grudge matches, some high-profile returns, and another top-four clash will be a part of the action this season’s Indigenous Round, which also marks the final round that Dally M votes will Read More
NRL