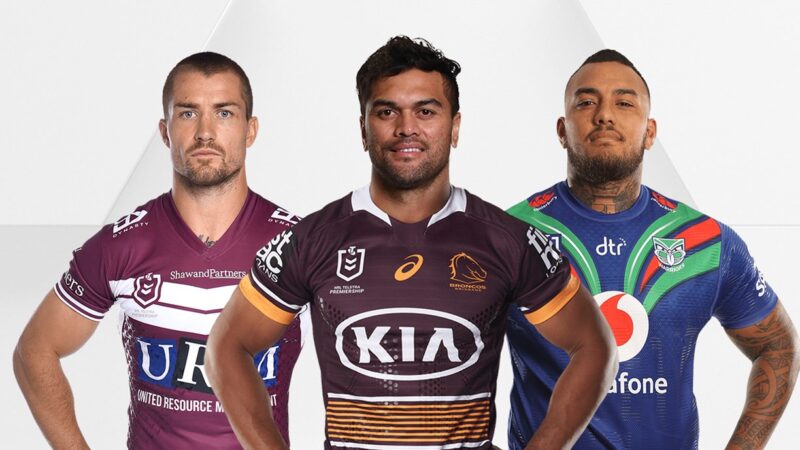 Round 14 looks like a great opportunity to pick up some profit with 8 games including some mismatches to work through.

The Manly Sea Eagles and North Queensland Cowboys begin Round 14 at Lottoland after last week’s bye, looking to push ahead of one another. Both teams sit at 6-6 on the season and inside the top eight – a position that looked extremely unlikely when they each started 0-4.

The Sea Eagles were shocked by a depleted Knights outfit before the bye, breaking a run of three straight wins.

Meanwhile, the Cowboys’ resurgence continues with Todd Payten’s side riding the highs of a thrilling one-point win over the Warriors two weeks ago thanks to the boot of Valentine Holmes.

The Sea Eagles have dominated this fixture recently with three wins from their last five games against the Cowboys, and it is no surprise to find them as the firm favourites with home-field advantage.

The resurgent Cronulla Sharks will look to hand the Penrith Panthers a second straight loss when they meet at Jubilee Stadium on Friday night.

Penrith had its 12-game winning streak snapped against the Tigers last week, albeit due to a handful of their stars resting for Origin.

It’s tough to know who will be included on the short turnaround, but if the Panthers can at least get Nathan Cleary or Brian To’o on the field, they should go a long way to winning this game.

The Gold Coast Titans will look to get back on track when they face the Sydney Roosters at Cbus Super Stadium on Saturday afternoon.

Gold Coast’s downward spiral continued last week with a heartbreaking loss to the Storm on the Sunshine Coast, a result that has left the Titans sitting 12th on the ladder amongst a backlog of teams tied on points.

Making matters worse, the Roosters head into Saturday’s game well-rested after downing the Raiders 44-16 in Sydney a fortnight ago.

The bye was just what Trent Robinson’s side needed with a slew of recent injuries beginning to pile up, and there appears to be some reprieve on the horizon with Angus Crichton and Sam Verrills a chance at playing this week.

The quartet of Titans Origin reps have all been named, with AJ Brimson the most in doubt after carrying a knee injury into camp. Jayden Campbell is on standby if the fullback fails to back up.

The South Sydney Rabbitohs will be looking to cement their top-four position when they host the Newcastle Knights at Stadium Australia on Saturday night.

After enjoying a bye following their comfortable victory over Parramatta, the Rabbitohs will be primed to continue that good form against a depleted Knights team that was blown off the park 40-4 by that same Eels outfit last Sunday.

Typically speaking, these two sides have played out some tight affairs in recent memory, but it’s hard to ignore the fact the Bunnies won 46-20 when they met last October.

Injuries and a basic lack of effort and execution has left Ricky Stuart’s men with work to do, but one big win over the Broncos this week would be enough to lift them much, much closer to the top eight.

As for the Broncos, a win is just as crucial with a second straight wooden spoon still on the cards.

Unfortunately, Brisbane gave its fans very little to cheer about last week on the road against the Dragons, and this trip to Canberra won’t exactly have fans full of confidence either.

If you’ve been keeping count, you’ll know the Broncos have lost back-to-back games against the Green Machine in the nation’s capital, and it’s hard to see that streak coming to an end now that Anthony Milford needs surgery to repair his knee.

Melbourne overcame a late sin-binning to stave off the Titans last week – a result that has left the Storm only two points behind the Panthers on the ladder.

With a 5-7 record, the Warriors have been hot and cold but the emergence of young fullback Reece Walsh in recent weeks has given the club optimism for this season and beyond when captain Roger Tuivasa-Sheck embarks on a stint in rugby union.

For the Eels, the 40-4 win over an admittedly under-strength Newcastle put their season back on track after two very disappointing losses and keeps them in third on the ladder, with the returning Dylan Brown making a huge impact.

For Wests Tigers, not only did they become the first team since last year’s grand final to record a win over Penrith (albeit with eight of their best players absent), they also recorded back-to-back wins for the first time this year.

The Eels extended their winning streak to six over the Tigers with a commanding 14-point win when these two sides met earlier in April, and as the market suggests, it appears the bookies are favouring a similar result.

The Dragons snapped a three-game losing streak in style last week, scoring 52 in a thumping of the Broncos with fullback Matt Dufty scoring two tries and producing five try assists.

The Bulldogs, on the other hand, are looking to snap a five-game skid after suffering a 30-4 defeat to the Panthers a fortnight ago.

Canterbury should be well-rested after taking last week off, but recent history doesn’t favour Trent Barrett’s side.

The Dogs have lost four of their last five to the Dragons, which includes a 32-12 drubbing at Jubillee back in May.

Round 15 could be the biggest round in our service history as we look to hit the bookies with a huge 20 units staked across 13 bets 2021 Season Tipping Results: 84 wins from 150 tips Read More
NRL

Once upon a time, Reece Walsh imagined putting himself among the legendary Brisbane company of Darren Lockyer, Corey Parker, and Alfie Langer as career Broncos Now, a shock trans-Tasman switch has Read More
NRL

'Heartbroken' Dufty wants to stay in Red V: "All I ever wanted was to play for St George"