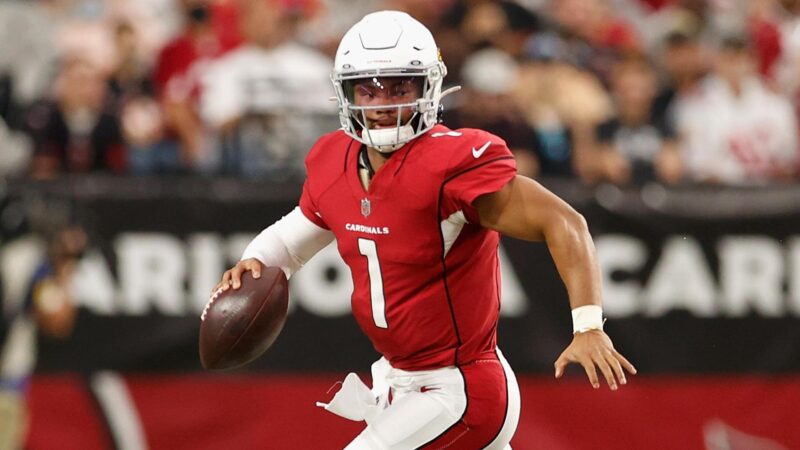 The first week of the 2021 NFL season is now in the books. Here are five headlines.

The first week of the NFL season saw three notable injuries. San Francisco 49ers running back Raheem Mostert is out eight weeks with a knee injury, Washington quarterback Ryan Fitzpatrick is out with a hip injury, and Denver Broncos wide receiver Jerry Jeudy is out four to six weeks with a high ankle sprain.

4) Bengals and Raiders win in overtime.

One-eighth of the NFL games this weekend went into extra time. On Sunday, the Bengals beat the Minnesota Vikings 27-24, and on Monday night, the Las Vegas Raiders beat the Baltimore Ravens 33-27. Cincinnati had a game-winning 33-yard field goal from Evan McPherson, while the Raiders had a 31-yard game-winning touchdown pass from Derek Carr to Zay Jones.

In an outstanding performance, Murray contributed to five Arizona Cardinals touchdowns in a 38-13 win over the Tennessee Titans. Murray completed 21 of 32 passes for 289 yards and four touchdowns, along with five rushes for 20 yards and a touchdown.

There were five games on the schedule where both teams made the playoffs last year. Seattle beat Indianapolis 28-16, Pittsburgh beat Buffalo 23-16, Kansas City came back to beat Cleveland 33-29, New Orleans spanked Green Bay 38-3, and the Los Angeles Rams beat Chicago 34-14. In the five games, the most impressive performance came from Saints quarterback Jameis Winston, who had five touchdown passes.

According to ESPN on Friday, six-time Pro Bowl defensive tackle Roger Brown of Surrey County, Virginia passed away at the age of 84 Brown played 10 seasons in the National Football League from 1960 Read More

Why Washington's win over the New York Giants was ugly