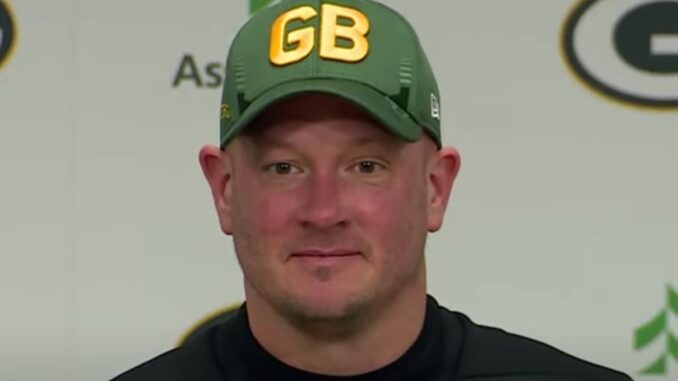 The Denver Broncos have named Nathaniel Hackett of Fullerton, California as their next head coach according to John Kryk of the Toronto Sun on Thursday. A veteran assistant coach in the National Football League, Hackett has been with the Tampa Bay Buccaneers, Buffalo Bills, Jacksonville Jaguars and Green Bay Packers. He took over from Vic Fangio, who was fired on January 9 after a 7-10 season in 2021.

In Green Bay, the last three years, Hackett has been in charge of arguably the most explosive offense in the entire NFL. He has got to work closely with the Packers big three–quarterback Aaron Rodgers, wide receiver Davante Adams, and running back Aaron Jones. Yet despite the fact the Packers won the NFC North this season with a record of 13 wins and four losses with the best regular season record in the entire NFL, they struggled mightily in the playoffs.

Green Bay came up completely flat a week ago in a 13-10 loss to the San Francisco 49ers. Even though the aforementioned big three of Rodgers, Adams, and Jones were spectacular, the rest of the Packers offense was horrendous, and as a result the home field advantage the Packers worked so hard to get, ended up being meaningless in their most important game of the year.