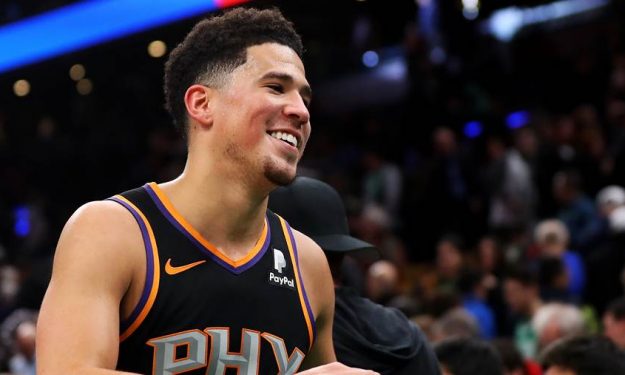 In a 30-part series leading up to the start of the 2021-22 National Basketball Association season, we will take a look at each NBA franchise from a fantasy perspective. The 24th team we will review is the Phoenix Suns.

The 2020-21 NBA season was mighty exciting for the Phoenix Suns. They won the first two games of the NBA Finals before losing to the Milwaukee Bucks in six games. The Suns could once again make some noise in 2021-22 with their dynamic swingman Devin Booker, and their prolific point guard Chris Paul.

Last season Booker was third among small forwards and fourth among shooting guards in fantasy points* with 2254. At small forward, he only trailed Jayson Tatum of the Boston Celtics and Bradley Beal of the Washington Wizards, and at shooting guard, he only trailed Stephen Curry of the Golden State Warriors, Luka Doncic of the Dallas Mavericks, and Beal.

Meanwhile swingman Mikal Bridges is 22nd among small forwards and 25th among shooting guards. Last season he had 1584 fantasy points, including 970 points scored. Meanwhile, veteran power forward Jae Crowder could be considered in the late rounds.