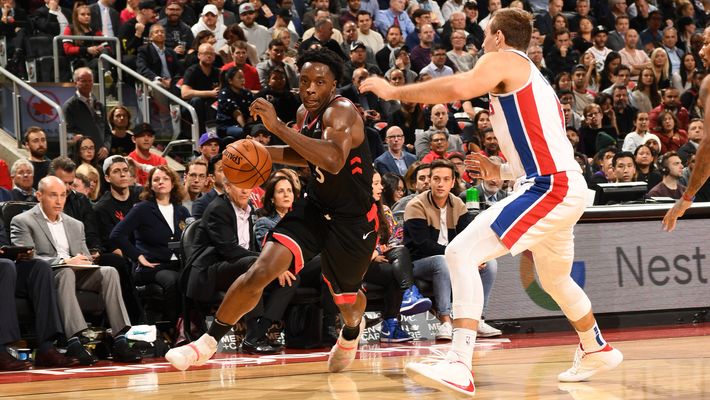 Thursday’s eastern conference matchup between Detroit and Toronto promises nothing short of excitement. Both teams have proved their capabilities so far this season, Toronto cementing a top 4 position while Detroit have had their chances but have missed some key opportunities.

Toronto open tomorrows clash as $1.48 favourites leaving Detroit as $2.65 outsiders. The line is set at -4/+4 which looks like a good opportunity for Toronto to cover. Toronto have covered their 2 of their last 3 lines, with 2 from 2 on a – handicap (favourite line).

Detroit will definitely play the game they are known for playing at home, saying that Toronto looks offensively too dominant for a not fully revealed Detroit roster who allowed 133 points last game.

Staking 2 units or 2% of the allocated bankroll.

If You’d Like To Receive All Of Our NBA Previews & Tips For FREE Then Fill Out The Form Below.