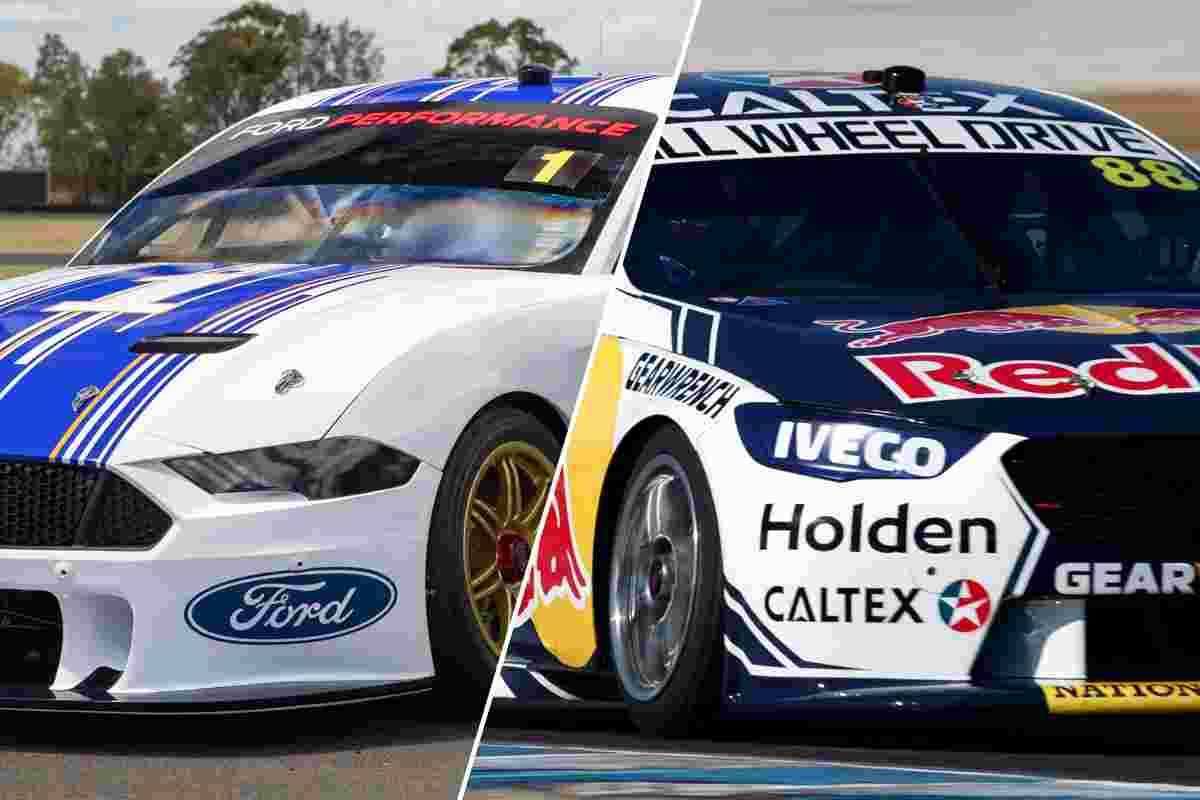 The Holden battleground that is Symmons Plains officially ended the season-long dominance of the new Mustangs, with Shane van Gisbergen holding off Fabian Coulthard to win Race 8 in Tasmania.

With all Ford and Holden cars forced to make changes to ballast to regulate centre of gravity after the Melbourne 400, drivers arrived at Symmons Plains unsure of if the Mustangs incredible pace would continue. The first impression was that it would, with Chaz Mostert clocking the fastest time in Practice 1. However, Holden took the top five fastest times in Practice 2 with Jamie Whincup fastest, before the DJR Team Penske’s found their way back to finish third and fourth in Practice 3 which was topped by Nick Percat.

An elimination style qualifying, similar to the format used by Formula 1, saw Mark Winterbottom win his first Pole Position in a Holden for Race 7. It was also the first car on Pole in 2019 that wasn’t a Mustang, but McLaughlin wasn’t far behind, and started the race on the front row. McLaughlin’s pace proved too good as he and DJRTP teammate Fabian Coulthard completed their first 1-2 finish of the season. Winterbottom dropped to fourth – a season high finish for Team 18 – and was just pipped by van Gisbergen in the dying stages of the race.

Van Gisbergen backed up his practice speed by securing Pole Position for Race 8. Rival McLaughlin started from fifth – the lowest he has qualified so far this year. The top three – van Gisbergen, Coulthard and Reynolds – finished Race 8 as they qualified, with McLaughlin and Whincup rounding out the top 5. It was the first race won by Holden this year, and broke the Mustang’s run of seven consecutive race wins (six of which were won by McLaughlin, and one by Mostert).

By the end of the weekend, Whincup had fallen to third in the overall championship standings, 36 points behind Coulthard, and 124 points behind leader McLaughlin.

All in all, things were looking up for the Commodores.

2019 was the 30th Australian Touring Car Championship/Supercars race at the track, where Craig Lowndes has dominated with 12 race wins. Of the current drivers, it is McLaughlin who boasts the best record, with six wins in the last five years. It was also the first time in five years that Supercars races have occurred on consecutive weekends.

Scott Pye also celebrated a personal milestone during the weekend – becoming the 41st driver to start in 200 races. His car’s number was changed to 200 for the occasion.

Any hope Holden fans and drivers had of continuing to challenge for the top step of the podium were quickly put to rest as DJR Team Penske dominated, securing both Pole Positions and races over the weekend. McLaughlin and Coulthard shared the success, with McLaughlin scoring both Poles and Race 10. Coulthard started both races on the front row beside his teammate, and finished second in Race 9 and first in Race 10.

In good news for Nissan fans, the manufacturer scored its first podium of the year, with Andre Heimgartner finishing third in Race 9, while Rick Kelly finished in seventh.

Anton de Pasquale also celebrated his first ever podium finish, coming in third in Race 10 after finishing outside the top ten in the race prior.

Triple 8 did not fare as well as expected, with van Gisbergen’s sixth in Race 9 the best result from Phillip Island. Van Gisbergen finished in seventh in Race 10, while Whincup failed to finish Race 9 due to losing a wheel (which, coincidentally, also happened to Winterbottom in the same race), before finishing 12th in Race 10. As a result, Whincup slipped from third to ninth in the overall standings.

“It was one of those weekends where the car wasn’t responding to the changes as we’d have expected, so we need to really try post-weekend to understand why,” Red Bull Holden Racing Team manager Mark Dutton told Supercars.com.

“He’s in the same equipment, he’s got the same opportunities I have… When the team’s doing a good job and the pitstops are great, there’s opportunity for both of us to win races,” he said.

“Not only does it spur me and Fabs on and make us better, it makes the team better and the want for each car to get a one-two, it’s just a cool feeling.”

The next Supercars round will be the Perth SuperNight at Barbagallo Raceway on the first weekend in May.

Stream Every Moment Of The 2019 Supercar Championship Live With Kayo 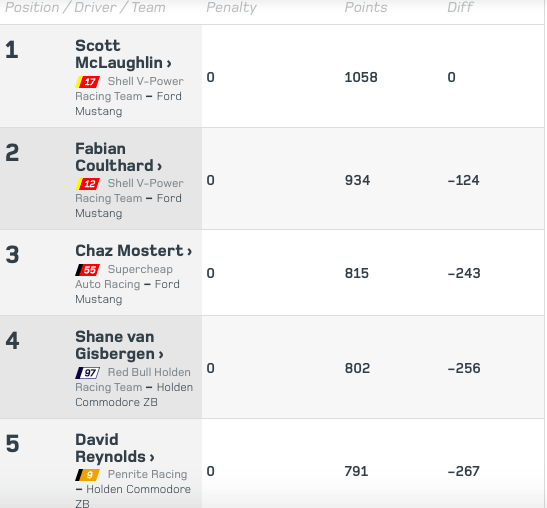 During the Kobe Bryant memorial service on Monday at Staples Center in Los Angeles, California, there were many recognizable names who delivered memorable speeches The list included Michael Jordan, Read More
Horse Racing

We\'re looking to build on a huge weekend where we secured 17 units of profit for our followers We\'re very confident we can do it with today\'s selection Kumasi - Gosford Race 2 Trainer: Read More
BASEBALL

The San Diego Padres signed second baseman Brian Dozier of Fulton, Mississippi to a minor league contract according to ESPN on Monday If Dozier is able to crack the Padres lineup in 2020, San Diego Read More