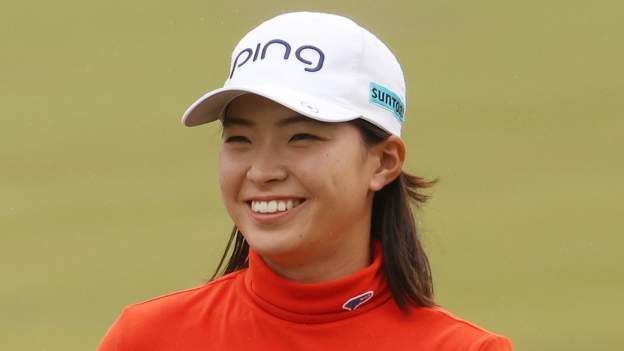 Heading into Sunday, Patty Tavatanakit of Bangkok, Thailand has a healthy five-stroke lead over Mirim Lee of South Korea and Ally Ewing of the United States at the 2021 ANA Inspiration from Rancho Mirage, California. After 54 holes, Tavatanakit is at -14, and is seeking not only her first major title, but her first LPGA title. It has been very common the last couple of years for women’s golfers to record their first LPGA win at a major. Let’s take a look at the last five who accomplished the feat and who Tavatanakit is trying to join.

5) A-Lim Kim–The 25-year-old from Seoul, South Korea won the 2020 United States Women’s Open, the last major to take place this past December. At the Champions Golf Club in Houston, Kim posted a four-round score of -3, to beat Jin-Young Ko of South Korea and Amy Olson of the United States by a stroke.

4) Sophia Popov–In the first major after the delay of the 2020 women’s golf season due to coronavirus, Sophia Popov of Weingarten, Germany won the 2020 Women’s British Open from Royal Troon in Scotland. Popov posted a score of -7 and beat Thidapa Suwannapura of Thailand by two strokes to become the first women’s golf major champion from Germany.

3) Jeong-Eun Lee–At the 2019 United States Women’s Open from Charleston, South Carolina, Lee beat So-Yeon Ryu of South Korea, as well as Americans Lexi Thompson and Angel Yin, after posting a score of -6. Due to the fact there are five other golfers from South Korea who were named Jeong-Eun Lee, she goes by Jeong-Eun6 Lee.

2) Hannah Green–The 2019 KPMG Championship winner at Hazeltine in Minnesota, Green posted a score of nine-under-par to beat Sung-Hyun Park of South Korea by a stroke. The native of Perth, Australia would also go on to win the Cambia Portland Classic later that same year.

1)Hinako Shibuno–In her first career major tournament, Shibuno of Okayama, Japan, won the 2019 Women’s British Open from Milton Keynes, England by a stroke over American Lizette Salas. Shibuno, who posted a score of -18, became only the second Japanese female major champion ever, following Hisako Higuchi, who won the 1977 LPGA Championship.