With only 8 career starts (5 wins, 2 seconds) to his name, the 4 yo gelding has become the most inexperienced horse to take out the great race. He has also provided English training gun, Charlie Appleby, his first taste of success in the event.

McEvoy has capped an unforgettable Spring Carnival after he won a board Redzel in the Everest, the world’s richest race on turf.

“Yeah, I’m very spoilt,’’ the down to earth McEvoy said.

“I’m getting great support from good yards and it is unbelievable to get the job done today”.

“To win The Everest on Redzel and now the Melbourne Cup on Cross Counter,  what a year it has been.’’ 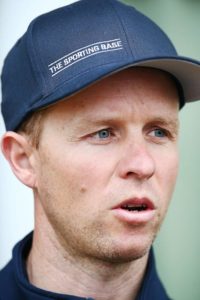 Cross Counter charged home strongly to defeat Marmelo by 1 length and A Prince of Arran was a further 2 lengths away in third to complete a trifecta for European horses.

Winx’s jockey and rider of the second place horse, Hugh Bowman, was handed a severe 1 month suspension for interference, excessive whip use and for weighing in over half a kilogram over his horse’s handicapped weight.

Click Here to read our pre-race interview with winning jockey, Kerrin McEvoy, as he gives us insights into his pre-race routines and mid-race thoughts.