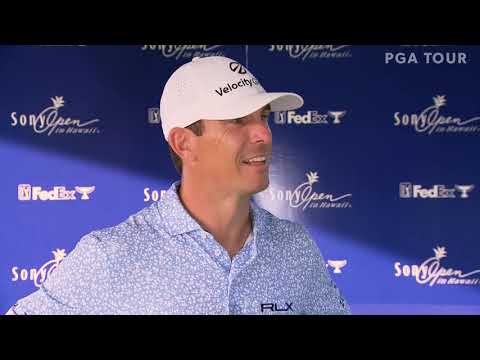 Horschel, who was seeded 32nd, right smack in the middle of the pack, collected birdies on the fifth, seventh, and ninth holes to go two up on Scheffler. Initially, Horschel questionably conceded a long birdie putt and gave Scheffler the second hole at the beginning of the match.

In addition to beating Scheffler in the final, Horschel beat reigning PGA Championship winner Collin Morikawa of Los Angeles, California 3 & 2, and Max Homa of Burbank, California 1- up in Group 4 play, before beating Kevin Streelman of Winfield, Illinois 3 & 1 in the round of 16, Tommy Fleetwood of Southport, England on the first hole of a playoff in the quarterfinals, and Victor Perez of Semeac, France 3 & 2 in the semifinals.

This was the second World Golf Championship event on the 2021 calendar. Morikawa won the WGC-Workday Championship in Bradenton, Florida in late February.

At the 2021 World Matchplay Championships, the highest seed was Scheffler, the 30th ranked player in the tournament. It was the first time in the history of the tournament, that the best-seeded player in the semifinals was seeded as low as 30th. In addition to Scheffler (30th), and Horschel (32nd), Perez was seeded 31st and Matt Kuchar of Winter Park, Florida was 52nd.

The Zurich Classic became a team event in 2017 with 80 teams of two. It was cancelled because of the coronavirus pandemic in 2020, and is scheduled to take place in 2021 this April, two weeks after the Masters.