Rosehill Preview: Freedman Upbeat Regarding Victorian Raider - The Sporting Base
0 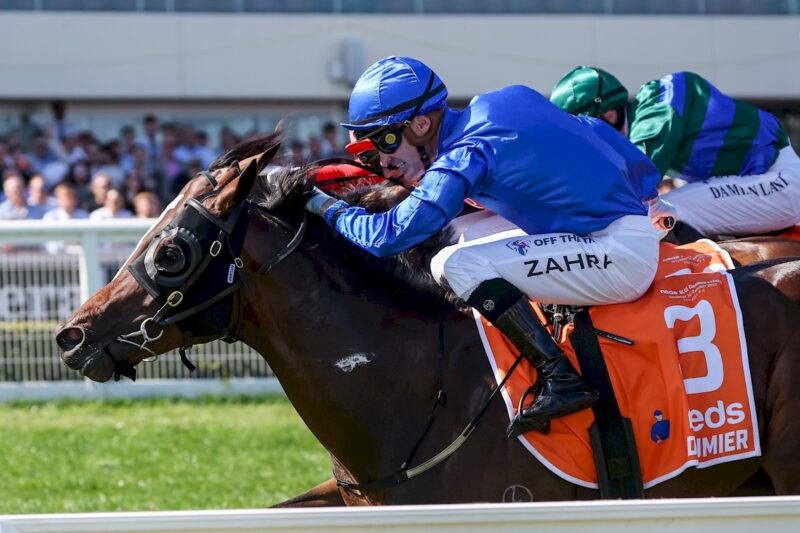 Co-trainer Sam Freedman believes his three-year-old colt Daumier is the forgotten horse in the Group 1 Golden Rose Stakes at Rosehill on Saturday.

Although Daumier is a $41 chance with TopSport, Freedman believes the Godolphin owned Blue Diamond winner’s best form has him in the main chances.

“He’s had two solid trials since we’ve been very pleased with, and he’s settled in perfectly in Sydney,” Freedman said.

“He’s drawn a nice gate and we’re going to ride him quiet, in that latest trial, it was the first time we’ve ridden him quietly.”

“He’s up to it. He’s improved off the first-up run and all the form seems to be tying in with a lot of them.”

“There’s a bit of new form with In Secret and a few others, but he’s proven at the top level and he’s been ultra-consistent during his career.”

“He’s been a very good benchmark for a lot of them and, hopefully, he can make his presence felt at the weekend.”

James Cummings also has the $2.70 favourite with In Secret and $6 chance Golden Mile with Top Sport.

Cummings was impressed with Golden Mile’s win in the Ming Dynasty Stakes at his last start.

“I like the way he continues to go ahead and it will be a great opportunity for him to have his crack at a G1.”

“He’s still got to keep rising to the occasion, but I don’t think we’ve seen the best of him yet.”

Cummings said In Secret had also improved since winning the Run To The Rose at her last start.

He said that was an outstanding win as she was able to absorb the pressure from just off the speed and sail past them by 1.75 lengths in pretty good order.”

“She’ll meet some of those horses interestingly at the weights, but she’s trained on beautifully since then.”

“She was just a little woolly in the coat and a little backward in her physique, but in her form, she’s rather faultless and third-up into a Golden Rose. It’s all falling into place for her.”

Back at Northam for this week's midweek meeting before the (hallelujah) return to HQ on Saturday for the opening meeting of the season Race 1 - 1:59PM TABTOUCH BETTER YOUR BET HANDICAP (1600 Read More
Horse Racing

Wednesday Metropolitan racing in Victoria heads to Sale where pundits are set for a miserable 8 race program in the pouring rain! The track is currently rated a Soft 5 Victorian’s are set Read More