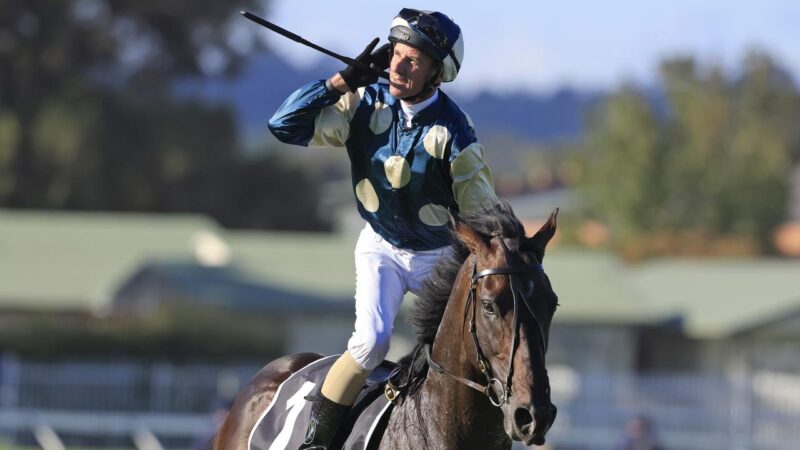 It was an excellent day of racing that was sadly dampened by the extreme rails in run/leader bias we saw at Rosehill. We saw Sir Dragonet get back to his brilliant best as well as a thrilling finish in the Vinery Stud Stakes with Harmony Rose tiring late to get collected by one time boom horse, Hungry Heart!

Very obvious pattern all day with the rails hot and everything else basically quicksand. Credit to horse who could make ground outwide.

The 2yo’s kicked off Tancred Stakes day in a moderately run race. There was a lot happening at the start as there tends to be in 2yo races with Gin Martini missing the kick terribly. However, she was the eye catcher of the race and possibly the entire day with a great effort finishing off with the fastest L600,400,200m of the race.

Conrad drew wide and was forced to race 3WNC the entire due to With Your Blessing kicking up and racing much handier. This galloper was disappointing for me as I had a good opinion of him, and he was backed. Happy to forgive Conrad if he goes in something easier. Saif and Converge were both good but had the track bias in their favour so be weary. Mr Mozart confirmed he is a nice type as he stuck on well down the outside despite being caught 3-4WNC the entire.

#6 Conrad – Think he is more of a short course horse and was 4 weeks between runs first time out to 1400m. Happy to forgive but would like him to be tipped out now.

#7 Mr Mozart – Really have some time for this horse and feel he could be a decent to good horse. Impressive run and can win a race next start over similar distance in weaker competition.

#13 Gin Martini – Eye catching run of the race. Best L600,400,200m of the race. Missed the kick a long way, raw and will get better with time. Still maiden grade so she will be hard to beat in any maiden.

Not much to say about this race. Bias was probably at or near its worst point of the day. They jog trotted early and sprinted home with all the horses in running basically staying in their spots to the line. Some horses broke 34 seconds for the L600m which is unheard of over 2400m. Can’t see it being a strong form race in time.

No horses from this race.

The Tulloch Stakes, the typical lead up run for the Australian Derby with the past 6 winners coming through this race. Can we trust it? I am not convinced this year that history can repeat itself. It was a slowly run race that was dictated by Yaletown from the outset. He was able to sprint away at the turn and win quite comfortably. 2400m at Randwick will be a different beast come this week.

It concerns me that Prompt Prodigy beat home the rest of them (No disrespect) and I already had a firm question mark on this race and the horses in it pre-race. From all reports, Young Werther was worked up in the yard so he could be the one to take out of this race onto next week.

It was poetry in motion from the combination of Matt Smith and Rachel King. I have been a constant at the midweeks over this year and I have watched 2 of Nimalee Exhibition gallops which were very nice.

Rachel pulled off the perfect ride and she was able to win well in the end. Greysful Glamour bounced back to form as a lot of people thought would happen. Icebath continues to race around her mark. Quantum Mechanic good in tougher grade. Rich Hips low key airborne. Won well 1st up this prep in Melbourne then has just got too far back in both runs at Rosehill. Would love to see her go back to Melbourne off a slight freshen. Krone pulled up lame and is coming to the end of her preparation.

#6 Rich Hips – Low key airborne. Won well 1st up this prep in Melbourne then has just got too far back in both runs at Rosehill. Would love to see her go back to Melbourne off a slight freshen.

There was a sense of “set up” here from team Snowden with the Wind Op, 3 sharp trials, booking of James McDonald and money. Some would say the “3 dings” like the American pokies! Prime Candidate was able to dictate at his own measure with Wisdom Of Water joining him on the outside.

Prime Candidate imploded at the top of the straight and he has not come back well at all. WOW ran very well after good trials and will improve. Deprive hit the line very well with the blinkers on for the first time. Forgotten about horse but will be one that could surprise a few next time out. Peltzer good from back and wide. Gelding looks to have worked for Brandenburg as he was good late despite coming last. Good form race.

#2 Deprive – Hit the line very well with the blinkers on for the first time. Forgotten about horse but will be one that could surprise a few next time out. Ran the fastest L600/400m of the entire meeting. Mmmm crispy!

#4 Brandenburg – Gelding looks to have worked for Brandenburg as he was good late despite coming last.

Heads in hands after this race, well, at least for the people who were on Harmony Rose (Me). Brutal, just brutal – The speed, the finish, the whole race complexion, and theatre! She went out over 12 lengths faster than standard in the first 600m and was out on her legs late as they all seemed to be going up and down in the one spot. This was evident by the slow L600m time (Slowest L600m of the day).

Hungry Heart was huge, big effort. Princess Rhaenys was strong considering she was a month between runs, well up in class and 1200m to 1600m to 2000m. Could be a nice stayer in the making.

#1 Harmony Rose – Hard not to Blackbook an effort this big. Horses just can’t simply keep going with the tempo she went at and she was still fighting tooth and nail late. Main hope in the Oaks.

In what was one of the most open Tancreds in years, The class came to the party with Sir Dragonet bolting in. He got a great ride from the Boss man and never looked like getting beaten once he got the gaps. Melody Belle put in her best run in Sydney despite running 6th. Loomed into the race outwide but just peaked first time at 2400m.

She’s Ideel and Spirit Ridge did their trainers and owners well by running big races in Group 1 company at WFA. Will top them both off for the Sydney Cup. Miami Bound much improved performance. Mirage Dancer & Angel Of Truth very poor.

#14 Miami Bound – The horse to follow out of this race for the Sydney Cup.

Rock was slow out of the gates with the other favourite, Yao Dash jumping cleanly from the inside gate and leading at his own measure. He was hard ridden from the turn but was able to continue on scoring a very comfortable win and getting his spot in this week’s Doncaster.

Subedar peaked on his run from back and wide but still was able to record the fastest L600m of the race. Going well. Rock & Mister Sea Wolf hit the line well. Grey Lion ran well for him 1st up and was hitting the line hard.

#9 Grey Lion – Was aided by the fast tempo but hit the line with a head full of steam. Looks to have come back in good order and can feature in the QLD winter carnival over a bit of trip.

Even with the pace very good both Starspangled Rodeo and Great News had a 2 horse war down the Rosehill straight with SR getting his head down when it mattered. Nudge has proven that she has come back in the best form of her career with an eye-catching 3rd being one of the only horses making ground from wide and back.

Royal Celebration was bolting for a run and looks to have come back in terrific order. 62.5kg on his back so I would like to see an apprentice on next time if in similar grade. Flat Heaven much better, will appreciate a bit of give in the track for next time. Possibly even up to a mile even though the form suggests not. Zeyrek good on his Aussie Debut when missing kick. Will be one to follow over 1800-2000m+.

#1 Royal Celebreation – Was bolting for a run and looks to have come back in terrific order. 62.5kg on his back so I would like to see an apprentice on next time if in similar grade.

#9 Nudge – Has proven that she has come back in the best form of her career with an eye-catching 3rd being one of the only horses making ground from wide and back.

#14 Flat Heaven – Much better, will appreciate a bit of give in the track for next time. Possibly even up to a mile even though the form suggests not.

Genuinely excited to see this Godolphin back at the races and want to have a hefty wager on him 3rd up back to Randwick. I thought his run was extremely good and I feel he has come back in good order. The main thing that excites me is that he had the Blinkers applied for the first time and absolutely was travelling in a recent trial. Much the same again in this race on the weekend. With little room in the closing stages he was able to run the fastest L600,400,200m of the race and fastest L600,400m of the entire meeting.

Expecting to get a bit of a price for him 3rd up as on paper his form looks underwhelming. Want to see him back at the 1200m at Randwick in a race like the Hall Mark.

He might never get a better chance to win a race again and he simply isn’t the same horse he was a few preps ago. After racing in Group 1 company 8 times in a row he dropped back to Group 3 company at Set Weights and was unable to get past horses such as Shared Ambition and Entente. No disrespect to those horses but you’d expect to see him beating that lot quite comfortably. Back to the drawing board.

Fill In The Form Below To Receive Our Racing News, Reviews & Tips Straight To Your Email For FREE!