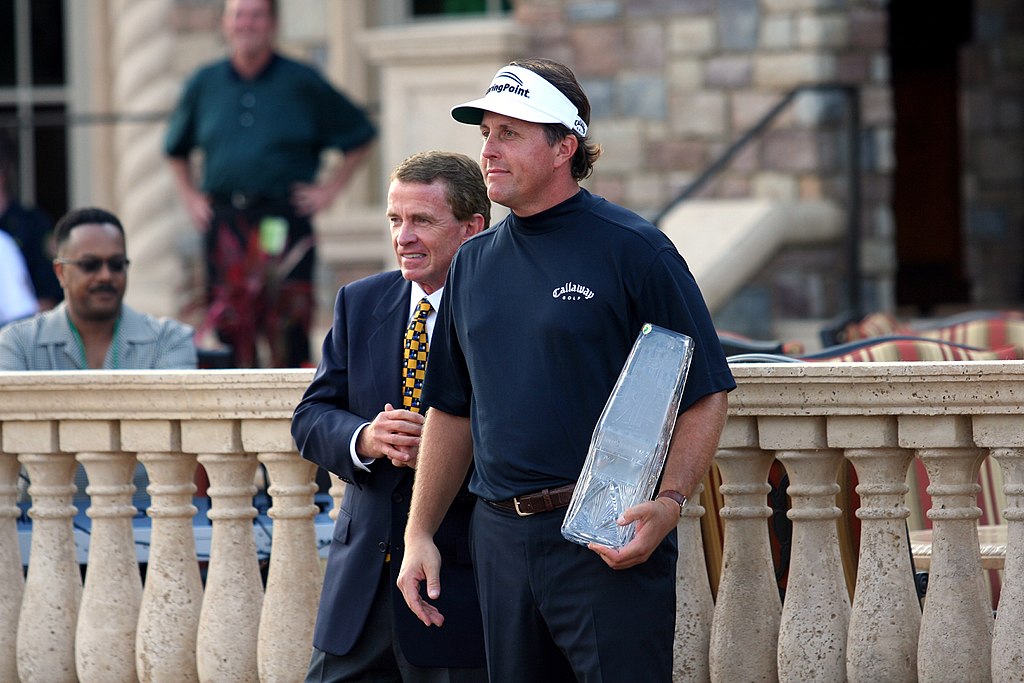 There is only one leader at the moment of the 2021 PGA Championship after 52 holes from the Ocean Course in South Carolina. The golfer at the top is American star Phil Mickelson of San Diego, California.

The 50-year-old five-time major champion is all alone at seven-under-par. He currently leads American Brooks Koepka by one stroke, Louis Oosthuizen of South Africa by two strokes, and American Kevin Streelman by three strokes.

On the 13th hole, Mickelson had a shot that went into the water for the second time in the tournament. He also had another tee shot where his ball landed at the base of a wheel of a golf cart.

Of the contenders, Mickelson and Koepka have won the PGA Championship in the past. Mickelson was victorious back in 2005, while Koepka was in the winner’s circle in back-to-back years in 2018 and 2019.

The biggest storyline on Sunday is Mickelson. A victory will mean that he will be the oldest major champion in golf history. However, it is going to be mighty challenging for him to maintain his lead over Koepka and Oosthuizen. It will also be interesting to see how Koepka holds up for 18 more holes after having knee surgery in March. As a result of that surgery, Koepka missed the Players Championship.