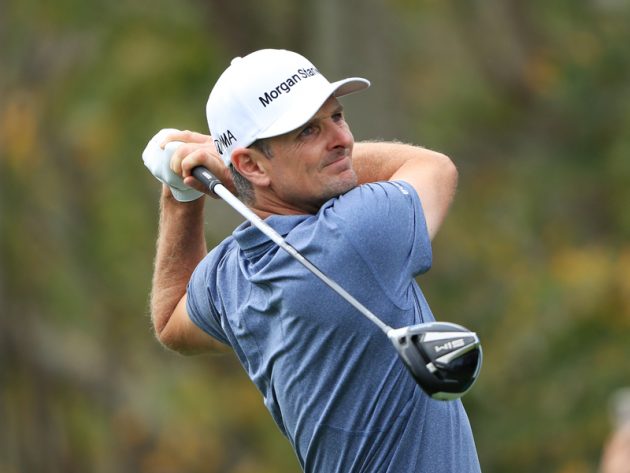 It was a round of only even-par in round two, but it was good enough for England’s Justin Rose to maintain his lead at the 2021 Masters from Augusta, Georgia.  On Friday, Rose shot a score of 72, remains at -7, and has a one-stroke lead on Americans Brian Harman and Will Zalatoris.

There has been an interesting trend by Rose over the first 36 holes of the tournament. He has been ordinary, and sometimes struggled, on the front nine, and has been excellent on the back nine. Rose’s front nine score for the first nine holes has been +2, even with the eagle on the eighth hole on Thursday. The last nine holes have been a different story for the 2013 United States Open champion and defending Olympic gold medalist, as Rose has posted a score of -9.

There are eight more golfers within three strokes of the lead. Australian Marc Leishman, and American Jordan Spieth are each at -5, and two strokes back. Spieth is looking for his second Masters title and fourth major title of his career. He previously won the 2015 Masters, 2015 United States Open, and 2017 British Open.

Meanwhile, there is a six-way tie for sixth place at -4. There you will find Austria’s Bernd Wiesberger, Americans Tony Finau, Cameron Champ, and Justin Thomas, South Korea’s Si-Woo Kim, and Japan’s Hideki Matsuyama three strokes back. Of the six players tied for sixth place, only Thomas is a major champion from the past as he won the 2017 PGA Championship.

This will also be the first year since 2015 that no amateur made the cut. That means there will not be an amateur player honoured at the end of the Masters with the champion at Butler Cabin.