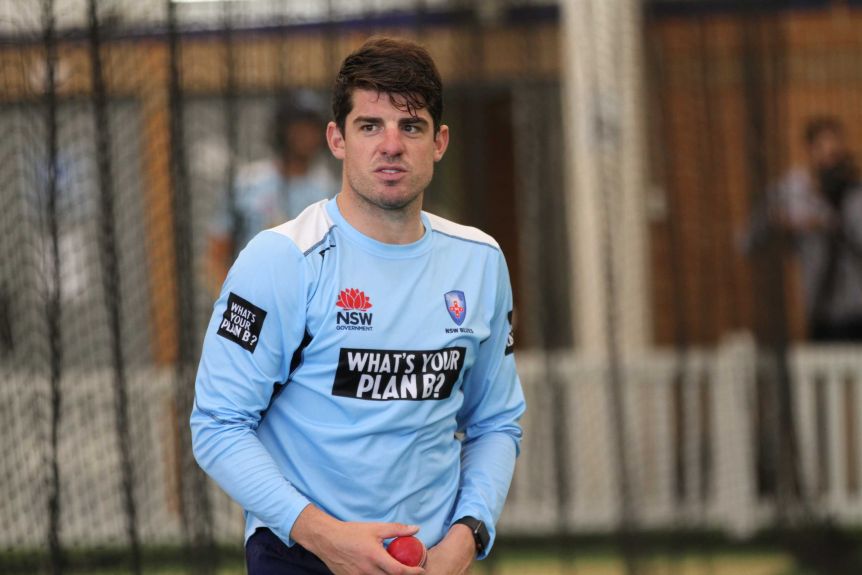 Moises Henrique is set to end a three-year wait to return to Australia’s Test squad, after being added to the team’s lineup to face India this weekend.

Australia has been plagued with injury in the buildup to the opening Test in Adelaide, leading the selectors to tap up Blues captain Moises Henrique for a spot in the skinny squad. Sean Abbott heads the other way, as the latest to be ruled out early in the Australian Summer.

Abbott, picked as one of the team’s fast bowlers, suffered a calf strain in the day-night tour match at the Sydney Cricket Ground on Saturday.

He has been replaced, at least on paper, by Henriques. In actual fact, the 33-year-old comes into the squad to cover another gap; boom batter Will Pucovski was chalked after another concussion playing for Australia A last week. He was struck in the helmet late on day three.

Former vice-captain David Warner has also been ruled out ahead of Adelaide.

Warner enjoyed a strong start to the summer in Australia’s ODI wins, but was injured while fielding in the buildup to the all-important first Test. He is now chasing a return for the Boxing Day Test.

Australian selectors have had to dig deep into the team’s talent pool, with the squad ripped apart by injuries across the past few weeks.

First-pick stars like Aaron Finch, Mitch Starc, Cameron Green, and more have all been ruled out leading into the first Indian contest, with replacements spread across the board for the starting eleven.

Australia boasts eight batters for the top six, including Henriques, Steve Smith, Marnus Labuschagne, and Travis Head. Matt Wade, Joe Burns, and Marcus Harris are also in the mix for the top order.

Nathan Lyon and Mitch Swepson make up the spin duo for the Test, while Starc, Pat Cummins, Hazlewood, James Pattinson, and Michael Neser round out the fast bowling cohort. Tim Paine is the only specialist wicketkeeper that has been named.