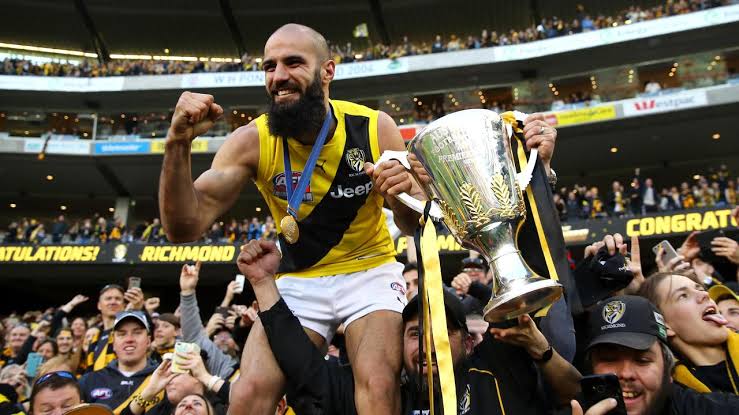 Bachar Houli has announced his shock retirement from the AFL, effective immediately.

The three-time premiership winner with Richmond will see the 33-year-old retire as a Tiger in which he played 206 games for the club.

Houli was an instrumental piece in the Tigers premiership winning teams. After grappling with an ankle injury this season, he has played his final game for the club and in the league.

The 2019 All-Australian team member started his career with the Essendon Bombers in 2007 before moving to the Tigers for the 2011 AFL season after Richmond selected Houli with its first selection in the pre-season draft.

In the 11 seasons at the club, Houli and the Tigers built a dynasty where they picked up the 2017, 2019 and 2020 flags.
In a statement Houli paid tribute to his clubs and the AFL.

“I have been fortunate enough to play at two great clubs and to be a part of the history of this game,” Houli said.

“Not only did I want to play as many games as possible, but I wanted to educate Australia, about my faith, about the religion of Islam – the religion of peace. I hope I have left a sense of peace in everyone’s heart.

“I sincerely thank the club and the AFL for allowing me to be me.
“It’s time to go fishing, Tiger for life.”

Houli is now the second Richmond player to retire this season following the news of fellow veteran David Astbury who will also hang up the boots.