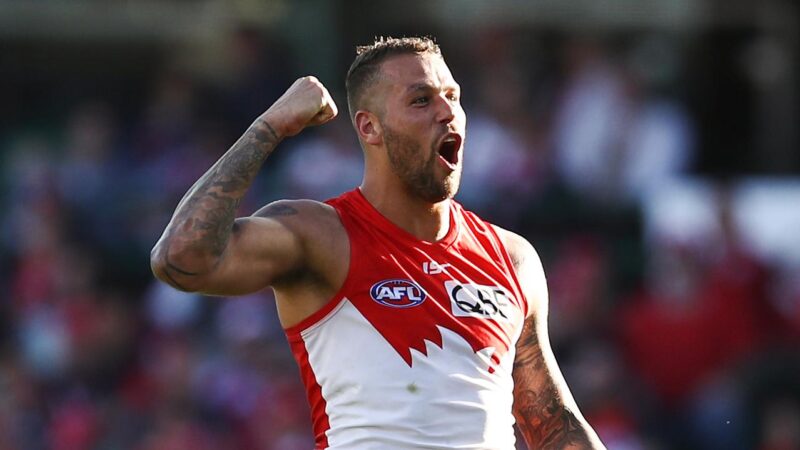 Only five players have reached the pinnacle of scoring 1000 goals over their AFL career.

With the competition moving into the finals, Buddy Franklin has the opportunity to join the short list of players with this accomplishment.

Franklin’s Sydney Swans are shaping up for an all-Sydney clash with the Giants, although the game has a new twist. With restrictions in NSW the match-up is now scheduled to take place in Launceston, Tasmania.

The two-time premiership-winning superstar is nearing the end of his famous nine-year deal with the Swans but is yet to earn a flag at the club. He made the move from the Hawks at the end of 2013, after picking up his second premiership trophy.

Franklin returned to the final in 2014, however this time with the Swans as they were comfortably beaten 137-74 by his former team. Sydney qualified once again for the grand final in 2016 where the Bulldogs snapped their 62-year long drought to trounce the Swans 89-67 at the MCG.

His injury-plagued career has jeopardised his chances of claiming the career milestone of 1000 goals but this year’s finals series gives the eight-time All-Australian the opportunity. In doing so he could lead the Swans to an unlikely premiership.

At the end of the regular season, Sydney finished sixth on the ladder on 60 points, 10 adrift of the Melbourne Demons in first. As for GWS, they qualified in seventh, one spot behind their cross-city rivals but 14 points behind.

The game kicks off at 3:20 pm at the University of Tasmania Stadium as the 34-year-old looks to add to his goal tally and push his side towards a premiership.