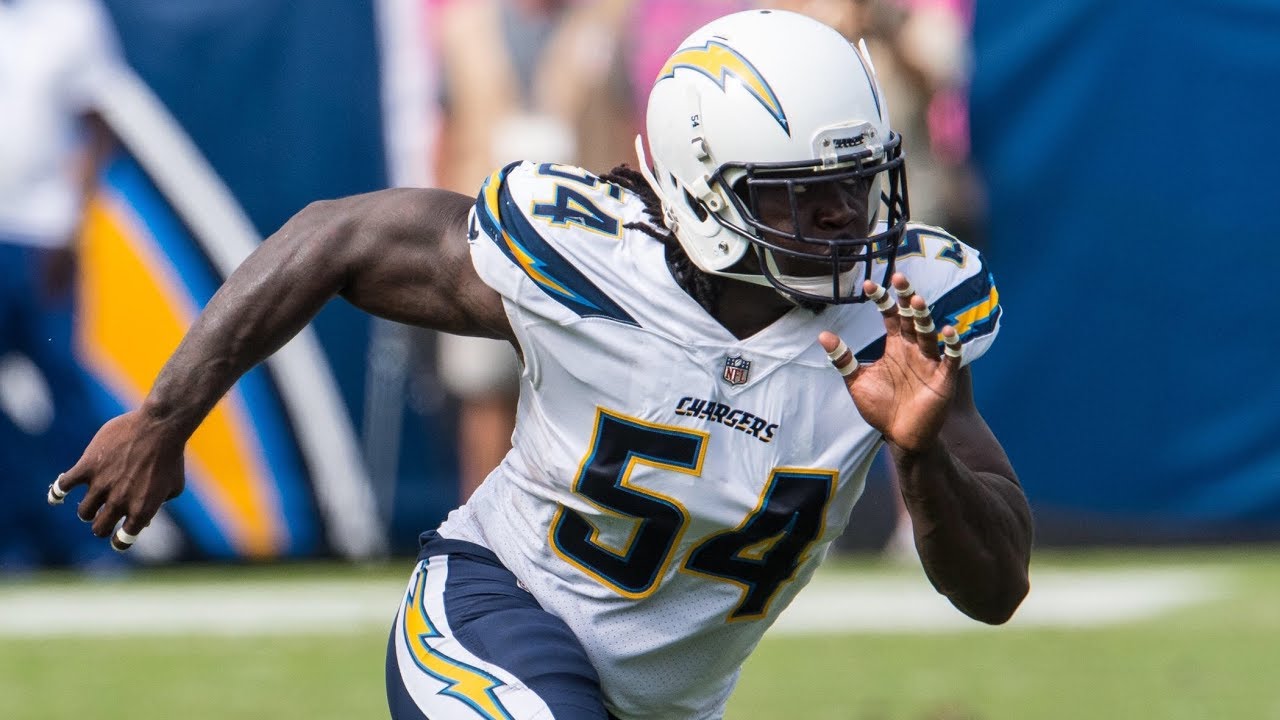 The Pittsburgh Steelers have signed defensive end Melvin Ingram III to a one-year contract according to Ben Linsey and Brad Spielberger of Pro Football Focus. Ingram III had played the last nine seasons with the Chargers organization. He was with the San Diego Chargers from 2012 to 2016, and with the Los Angeles Chargers from 2017 to 2020.

While with the San Diego Chargers, Ingram III was an outside linebacker. Then when he switched cities (from San Diego to Los Angeles), he became a right defensive end.

In three straight seasons from 2017 to 2019 with the Los Angeles Chargers, Ingram III was selected to the Pro Bowl. In 45 games during that time, he had two interceptions for 17 yards, nine pass deflections, two forced fumbles, five fumble recoveries for 45 yards and one touchdown, 147 combined tackles (110 solo tackles and 37 assisted tackles), 36 tackles for a loss, 24.5 sacks, and 53 quarterback hits. Ingram’s touchdown (his only in his NFL career) came from a 39-yard fumble recovery in a 54-24 Chargers win over the Buffalo Bills on November 19, 2017.

This past season, Ingram III only played seven games due to a knee injury according to Rotowire. He had two pass deflections, one interception, 10 combined tackles (five solo tackles and five assisted tackles), and five quarterback hits. The interception came in the Chargers’ first game of the year in a 16-13 Los Angeles win over Cincinnati, where Ingram III picked off Joe Burrow, the first overall pick of the 2020 NFL Draft.

In his career, Ingram III played 113 games and had three interceptions for 17 yards, 28 pass deflections, 14 forced fumbles, seven fumble recoveries for 45 yards and one touchdown, 49 sacks, 360 combined tackles (265 solo tackles and 95 assisted tackles), 108 quarterback hits and 70 tackles for a loss.