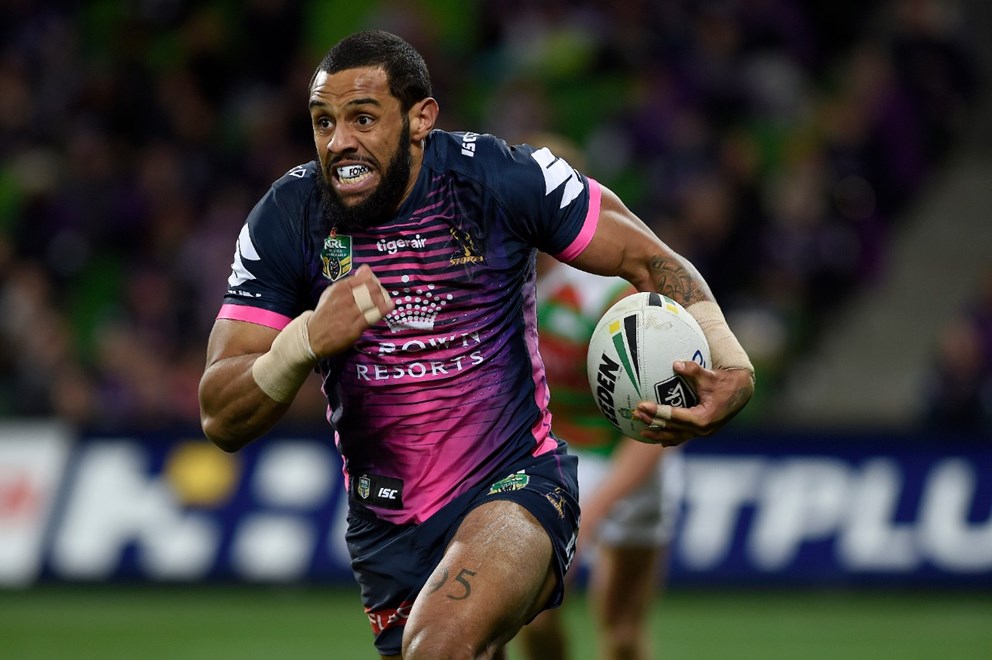 Melbourne Storm winger Josh Addo-Carr is reportedly in discussions with Sydney clubs about to possibility of a move to Sydney.

Nine’s Danny Weidler reports that the 24-year-old and his agent Chris Orr will sit down with Storm CEO Dave Donaghy in the harbour city with a possible move likely to be on the agenda.

“For a little while I’ve been hearing that Addo-Carr wants to base himself in Sydney because of a changed family situation,” Weidler told Nine News.

“That is sure to be brought up at that meeting.”

“At this stage, I’ve not been told Addo-Carr has asked for a release from the Melbourne storm – he has two years to run on his contract – nor has he fielded any firm offers.

“That could all change after (Thursday’s) meeting.”

Addo-Carr was born in Blacktown in Sydney’s west and made his NRL debut with the Wests Tigers before switching to the Melbourne Storm in 2017.

Addo-Carr has previously declared Sydney will always be home.

“I’m grateful for what Melbourne have done for me,” he said soon after the end of the NRL season. “They’ve turned my career around. They’ve turned me into the player I’ve always dreamt to be.

“Sydney (though) is always going to be home. My whole family is there. If I want to start a little family, I want my kids to grow up with my family.”

The timing for Wests Tigers fans couldn’t be any better with reports from the clubs stating they have pulled out of the race to sign Latrell Mitchell.

This no doubt will allow them to make an offer to Addo-Carr and bring the speedster back to the Tigers.