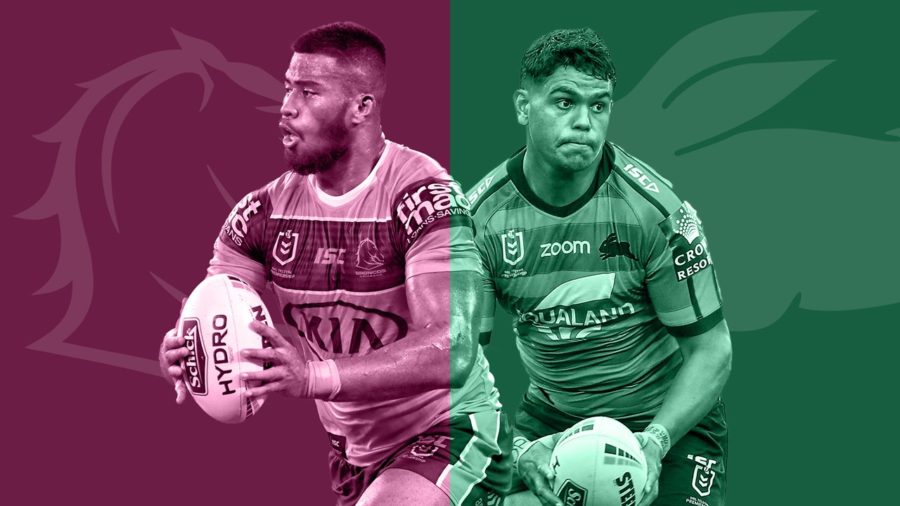 This is clearly the game of the week that would usually have Suncorp Stadium buzzing but we’re still in for a beauty!

Brisbane’s gutsy win up north over the Cowboys last week sent a strong statement to the rest of the league, while Souths didn’t miss a beat in their four-point win over the Sharks at home.

Coach Seibold comes up against his former club with his team full of confidence. Young stars Payne Haas and David Fifita led the Broncos when they kicked clear of the Cowboys last week to open their account.

Meanwhile, master mentor Bennett eased fullback Latrell Mitchell into his Rabbitohs debut as the men in cardinal and myrtle held off the fast-finishing Sharks.

The Rabbitohs swept the Broncos last year with a pair of victories, but the back line is in for a real test against what is arguably the toughest forward pack in the competition.

Broncos: The four-week suspension handed to Tevita Pangai opens the door for Jamil Hopoate to move into the starting side in just his second NRL game. Hopoate’s bench place is taken by 20-year-old prop Ethan Bullemor, who is line for his NRL debut. Corey Oates has been named despite missing training on Monday with gastroenteritis but skipper Alex Glenn (hamstring) looks set to miss another week. Brodie Croft and Pat Carrigan are one-for-one as co-captains and will take charge again in Glenn’s absence. Xavier Coates and Tesi Niu were omitted from the 21-man squad on Thursday.

Rabbitohs: Wayne Bennett has named the same 17 which took care of the Sharks in round one. Braidon Burns is good to go after taking an early guilty plea for a dangerous throw on Jesse Ramien. Bryson Goodwin and Keaon Koloamatangi dropped off the reserves list 24 hours before kick-off.

TIP: Souths Should Be Too Strong Here And Cover The Line

Fill In The Form Below To Receive Our NRL Previews Straight To Your Email For FREE!