6 Things to Watch: Everything to keep an eye on in Rep Round - The Sporting Base
0

6 Things to Watch: Everything to keep an eye on in Rep Round 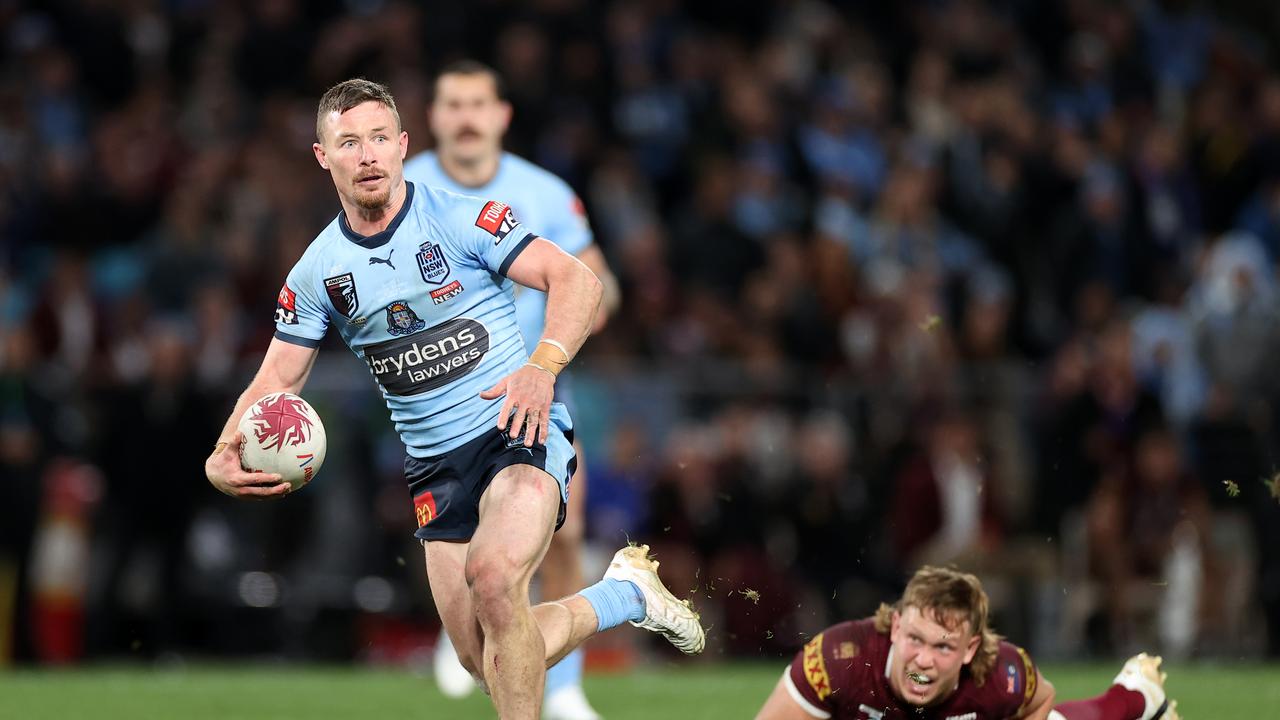 Whilst there is no NRL action this weekend, there is more than enough football to keep viewers glued to their televisions or catch live with a smorgasbord of international, state, and junior representative fixtures set to air across the weekend. Here are 6 Things to Watch in Rep Round.

The return of junior Origin

Junior State of Origin fixtures will return this weekend after a disrupted few years, with U19s Men’s and U19s Women’s fixtures set to played at Leichhardt Oval on Thursday night. A number of familiar faces will be on show in the U19s Women’s fixtures; Queensland’s Jada Ferguson and Jasmine Peters – who both appeared in the fixture in 2021 – are NRLW-contracted players, whilst St. George Illawarra’s Chanel Tugaga will start on an edge with Rueben Cherrington – younger sister of Parramatta’s Kennedy – at hooker. In the U19s Men’s, Queensland will be led by the likes of Jack Howarth, Blake Mozer, and JoJo Fifita, who are all held in very high regard up north, whilst Trey Mooney, Paul Alamoti, and Jonah Pezet are some of the names set to start for the Blues. Both games will be broadcasted by Channel 9 and Fox League and offer fans a glimpse into the future of rugby league.

2022 Dally M Medal winner Emma Tonegato is set to make her State of Origin debut after an incredible NRLW season with St. George Illawarra. Tonegato spent time with the NSW squad almost a decade ago but will make her first appearance for the state since the fixture was rebranded in 2018. Tonegato had a superb debut season for the Dragons, helping lead them to a Grand Final and topping the premiership in runs and run metres, whilst finishing in the top five in line breaks, post-contact metres, and tackle breaks. Alongside her, Kirra Dibb and Rachael Pearson make up a new-look halves pairing, whilst Roosters teammates Jess Sergis and Isabelle Kelly will line-up in the centres. Simaima Taufa and Millie Boyle make up a star-studded front-row with axewoman Hannah Southwell at lock. For the Maroons, fullback Tamika Upton and halfback Ali Brigginshaw present a deadly one-two punch with Destiny Brill and Chelsea Lenarduzzi among the leaders of the forward pack. The match will kick off at 7:45pm in Canberra on Friday night, with Queensland looking to retain the Origin Shield for the third consecutive year.

The Kiwis will play their first match on home soil in 960 days when they face Tonga at Mount Smart Stadium on Saturday afternoon as international rugby league makes a return in the Pacific. The Kiwis will trot out an outstanding 17 in their bid to get one up on an undermanned Tongan side four months out from the World Cup. Joseph Manu will line-up at fullback for New Zealand, with debutant Dylan Brown and Jahrome Hughes in the halves, and Brandon Smith at hooker in what is a phenomenal spine. Skipper Jesse Bromwich, James Fisher-Harris, Joseph Tapine, and Isaiah Papali’i will make up dangerous starting pack, with Nelson Asofa-Solomona and debutant Moses Leota named on the interchange. Ronaldo Mulitalo and Marata Niukore are the other debutants named in the 17. Mate Ma’a Tonga, meanwhile, are set to showcase a less experienced spine consisting of Toluta’u Koula, Junior Amone, and Siliva Havili, but will be boosted by the inclusion of Kotoni Staggs after his omission from the NSW side. A forward pack led by the likes of Jason Taumalolo, Addin Fonua-Blake, Haumole Olakau’atu, Keaon Koloamatangi, and Siosiua Taukei’aho should prove difficult to handle even for a strong Kiwis pack.

A Sāmoan side led by Josh Schuster, Anthony Milford, and Jaydn Su’A will be supremely confident of their chances when they face an inexperienced Cook Islands squad at Campbelltown on Saturday evening. Four Panthers will make their Toa Sāmoa debuts, including Charlie Staines, Taylan May, Izack Tago and Spencer Leniu who will be hopeful that fellow teammates Brian To’o, Stephen Crichton, and Jarome Luai will choose Sāmoa over Australia at the World Cup later this year, in which they are firming as a dark horse. Marty Taupau, Francis Molo, and Josh Aloiai make up a powerful middle, whilst Milford will line-up alongside Chanel Harris-Tavita in the halves. The Cook Islands, meanwhile, will be led by the likes of Esan and Steven Marsters, Tinirau Arona, and Makahesi Makatoa, however, all eyes will be on emerging forwards Davvy Moale, Brendan Piakura, Xavier Willison and Pride Petterson-Robati. Sāmoa should prove too strong for Tony Iro’s Cook Islands squad as they prepare for what they hope is their most successful World Cup campaign yet.

The third and final clash of what is set to be a blockbuster Saturday afternoon and night of international football is between Fiji and Papua New Guinea at Campbelltown. Fiji Bati’s side possesses a tonne of NRL experience across the park and will enter the match as favourites against an equally exciting Kumuls side. Mikaele Ravalawa, Maika Sivo, Semi Valemei and Waqa Blake make up an electric three-quarter line, whilst KOE NSW Cup star Sunia Turuva will have the number one his back. Kevin Naiqama will line-up at five-eighth for just the third time in his international career with the likes of Viliame Kikau, Tui Kamikamica, and Taane Milne featuring in a strong pack of forwards. For the Kumuls, Souths try-scoring ace Alex Johnston will start at fullback in just his third cap for Papua New Guinea, whilst David Mead and Justin Olam make up a deadly centre-pairing. Kyle Laybutt and Lachlan Lam will play alongside one another in the halves with QLD Cup standout Wartovo Puara, Jr. at hooker. Both sides will be eager to put their best foot forward as they prepare for a big World Cup push later this year.

Brad Fittler’s Blues will enter a do-or-die second game in Perth will a heap of pressure on their shoulders as they strive to set up a deciding final match at Suncorp Stadium. Matt Burton and Stephen Crichton make up a new-look centre-pairing, whilst Fittler will hope the inclusions of Jake Trbojevic, Angus Crichton, and Siosifa Talakai help to bolster his outmuscled forward pack. Apisai Koroisau’s promotion from the extended bench into the starting hooker spot raised some eyebrows but his craftiness out of dummy-half and his synergy with a Penrith-dominated spine should serve he and the Blues well in their bid to avenge their Game I defeat. Damien Cook’s play off the interchange will be equally interesting to watch; every one of his Origin appearances has been in the starting lineup, whilst he has started in his last 110 games at club level. Queensland come into Game II as the much less disrupted side, with injuries to Xavier Coates and Reuben Cotter forcing their only changes. Murray Taulagi will start on the left wing and Jai Arrow will come onto the bench, pushing Lindsay Collins into the starting lineup. NSW enter the match as favourites, despite a frustrating Game I loss at home, as they look to keep their dream of four series wins in five years alive.