5 Big Things: Everything we learned in NRL Round 15 - The Sporting Base
0

5 Big Things: Everything we learned in NRL Round 15 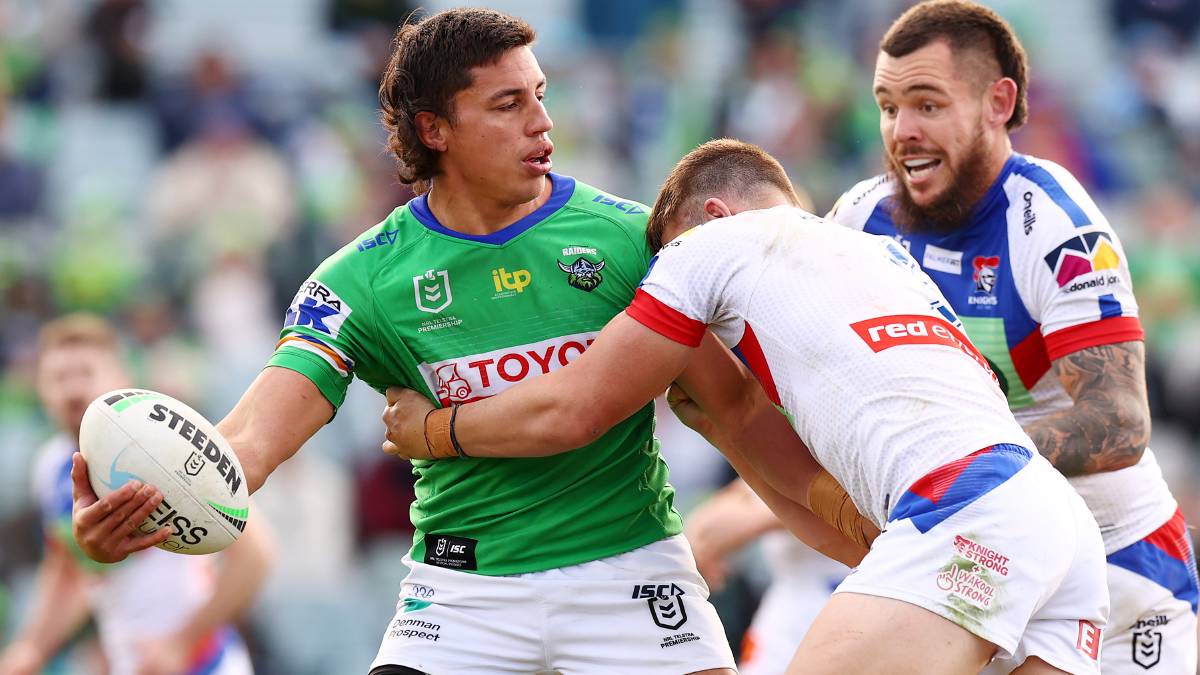 Round 15 saw a shake-up to both the top eight, the top four, and the bottom four as several sides came away with decisive victories as we prepare for Rep Round. Here are 5 Big Things we learned from Round 15.

A 32-12 win over South Sydney in Wollongong has propelled the Dragons into the top eight for the first time since Round 2 as concerns surrounding the Rabbits’ finals prospect continue to grow. The Dragons ran in six tries in the opening 26 minutes to leap out to an insurmountable 32-0 lead, as Ben Hunt and Junior Amone ran rings around a disjointed and lacklustre South Sydney defensive unit. A healthy crowd was on hand to celebrate Andrew McCullough’s 300th game, as Hunt, Mikaele Ravalawa, Jack de Belin, Moses Suli and Cody Ramsey all found tries as a shellshocked Bunnies outfit stood and watched. Damien Cook and Cameron Murray helped stage a mini-fightback to improve the score-line a little, but the damage had already been done. Hunt finished with a try and two try assists, whilst Amone laid on a try, ran for 100 metres from nine carries, and broke five tackles. Blake Lawrie enjoyed one of the strongest games of his career, running for a game-high 206 metres from 21 carries and making 34 tackles, whilst Ramsey ran for 132 metres, broke six tackles, and scored a try. The Dragons now find themselves above both the Roosters and the Sea Eagles and tied with the Rabbitohs on 16 competition points.

Picklebet Odds – The Dragons Are $1.80 To Beat The Raiders In Round 16 Bet Here

With Manly leading by 14 against North Queensland with less than 10 minutes to go, the Cowboys looked poised to drop just the second of their past 10 games. A trio of tries to Reece Robson, Connelly Lemuelu, and Valentine Holmes in three minutes, however, flipped the script and saw the Cowboys take a two-point lead with five minutes remaining in front of a stunned Manly crowd. The Cowboys further solidified their spot in the top four, as Manly dropped to 10th. Holmes was terrific, running for a game-high 270 metres from 19 carries, breaking six tackles, and scoring the game-winner, whilst Jeremiah Nanai scored a try, assisted on one, and made three offloads and 26 tackles as he proved to be a menace down North Queensland’s right edge for much of the night. Jason Taumalolo was at his usual, devastating best, running for 216 metres from 22 carries, whilst Peta Hiku took a game-high 26 carries for 217 metres. For Manly, Lachlan Croker scored two tries, assisted on another, ran for 124 metres and made 46 tackles in one of his best games of the season whilst Reuben Garrick led the side in metres gained with 270 and scored a try of his own. With Tom Trbojevic set to miss the remainder of the season, Manly’s finals hopes continue looking shaky and dropping winnable games will not help their cause.

Picklebet Odds – The Cowboys Are $1.50 To Beat The Broncos In Round 16 Bet Here

After a shock loss to Canterbury on Monday, the Parramatta Eels got back on track with a 26-16 win over the Roosters to keep in touch with the top four. Whilst finding ways to beat top eight opponents has not proven to be much of an issue for Brad Arthur’s men, it was still a welcome response after a demoralising loss to rivals Canterbury. Junior Paulo responded after a disappointing week at both Origin and club level to run for a game-high 229 metres from 25 carries and make 27 tackles, whilst front-row partner Reagan Campbell-Gillard added 215 metres and 24 tackles of his own. Shaun Lane, meanwhile, assisted on two tries and three line breaks as he ran for 155 metres. Maika Sivo also managed his first try since returning from a torn ACL to go along with 162 metres and eight tackle breaks. The Roosters, meanwhile, were led up front by Siosiua Taukei’aho who ran for 156 metres from 16 carries and made an impressive 44 tackles without a miss in 64 minutes, whilst fellow Tongan international Daniel Tupou ran for a team-high 164 metres from 19 carries and broke four tackles. Teenage prodigy Joseph Suaalii kept up his incredible form, scoring a double and breaking 10 tackles. The Roosters now find themselves outside of the top eight for the first time since Round 3 and will face the Panthers in Round 16 in Penrith.

Picklebet Odds – The Eels Are $1.50 To Beat The Rabbitohs In Round 16 Bet Here

Few forwards in the premiership have matched Joseph Tapine’s yearly output and, on Sunday, he asserted himself in a special way as Canberra pulled off a last-ditch win over Newcastle. The Wellington-native ran for 203 metres from 20 carries, assisted on a try, and made 26 tackles in just 46 minutes as his Raiders narrowly snuck past Newcastle 20-18. This season, Tapine is averaging a career-high 148 run metres per game and 15 runs per game, which are both third among all forwards. He has been Canberra’s most productive player and has a genuine claim as the premiership’s form front-rower. Perhaps, his most vital moment came in the dying minutes when he high-tailed into the backfield to cover an attacking kick and crawl back into the field of play by mere inches to set up a grandstand finish in the capital. The 28-year-old has been named in New Zealand’s squad for this Saturday afternoon’s Test against Tonga and will be a major cog in their forward pack at the World Cup later this year. Canberra, meanwhile, are still fighting to stay in touch with the top eight and are just a win back from seventh and will face the eighth-place Dragons in what will be a decisive Round 16 clash.

Picklebet Odds – The Raiders Are $2.00 To Beat The Dragons In Round 16 Bet Here

Dogs on the up

Since parting ways with head coach Trent Barrett, the Canterbury-Bankstown Bulldogs have won two from five and have averaged almost 27 points per game. Whilst these numbers may not sound particularly convincing, they offer a stark contrast for a team who won just two of 10 games under Barrett scoring less than 10 points per outing. Just a week on from their most impressive performance for some time against Parramatta, the Bulldogs managed to outclass a shoddy Wests Tigers outfit 36-12. Jake Averillo crossed for his third double in four games, whilst Aaron Schoupp ran for a game-high 293 metres and crossed for a try of his own. Josh Addo-Carr, meanwhile, ran for 161 metres with 10 tackle breaks, whilst Paul Vaughan continued his impressive month with 17 carries for 177 metres. The Bulldogs have shot up the table and now find themselves in 13th and just a win back from Newcastle. Interim coach Michael Potter has managed to conjure up some type of reaction from his squad and may have put himself in the running for the full-time gig, particularly if their strong form continues.

Picklebet Odds – The Bulldogs Are $3.25 To Beat The Sharks In Round 16 Bet Here