Breeders Cup: Enable Set To Show The World She Is A True Champion

Saturday’s Breeders’ Cup Classic sees 4 yo filly Enable looking to follow up her win in the Group 1 Prix de l’Arc de Triumph in France with a win in the $4 million Breeders’ Cup Turf over 2400m.

Enable has won nine of her 10 career starts, including two wins in the Arc. A minor training injury kept her from the races much of this year, but she returned in September, winning a Group 3 stakes on a synthetic track in England to prep for the Arc.

She will be ridden by champion Jockey Frankie Dettori who is extremely confident of her improving on her last start victory after she has only just returned to training from an injury.

“I think I rode her about six or seven times before she had her first start,” Dettori stated.

“I expect her to finish her race a little stronger than she did last start”.

She seems to like the grass course at Churchill Downs, though it features tighter turns than some of the European courses she’s used to seeing with trainer John Gosden. Earlier this week, when she got her first look at the track, Gosden’s assistant trainer Anthony Proctor said the turns shouldn’t present a problem.

“She’s gone round there well today,” Proctor said. “She’s having a good look around, but that’s only natural being it’s her first time around the turn. But she won around Chester (in England), which isn’t dissimilar to here. It’s as tight.”

Proctor also said Enable boasts a tactical ability to provide whatever Dettori needs during the race, to adjust to the pace, to her placement, relax when asked and fire again if needed.

Waldgeist, a colt who was fourth in the Arc, is the second choice on the morning line at 9-2. Bill Mott trainee Channel Maker (winner of the Joe Hirsch Turf Classic) and Chad Brown’s Robert Bruce (winner of the Arlington Million) are co-third choices at 10-1.

Proctor looks at the field and sees danger up and down the lineup, but he said, “If we’re at our best, they’ve us to beat.”

The 2018 Breeders’ Cup is set for Churchill Downs on Friday and Saturday, featuring the world’s best thoroughbreds in a total of 14 races, each of which will carry a purse of at least $1 million. 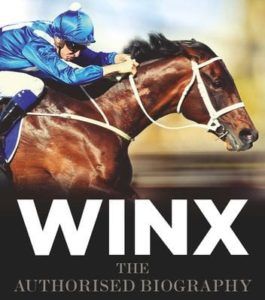