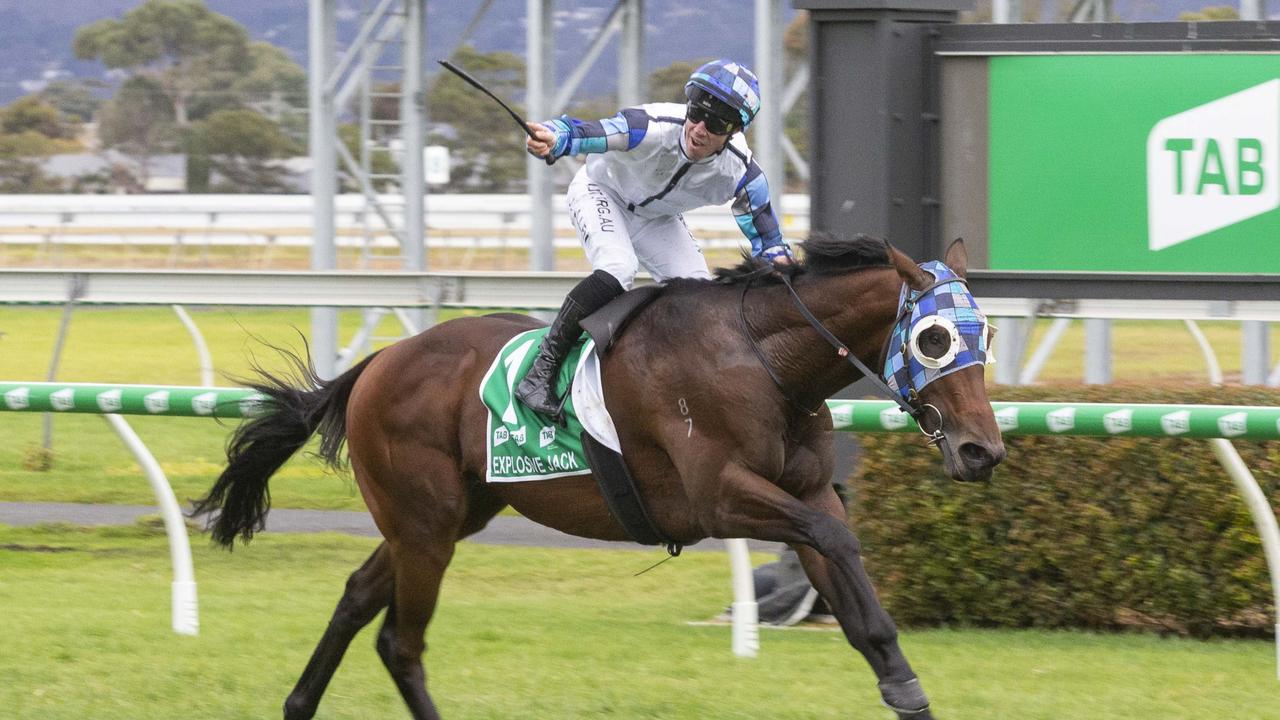 All eyes were on Morphettville again with another Group 1, the running of the South Australian Derby. Whilst QLD played host to the Group 2 Hollindale Stakes meeting up on the Gold Coast. Gosford played host in Sydney with their Cup meeting featuring The Coast worth $500,000. Whilst down in Melbourne all eyes were on one horse at Caulfield with the off-season meeting featuring a potential superstar in the making.

The Derby King’s were at it again with Explosive Jack and John Allen taking out the Group 1 South Australian Derby in dominant fashion adding to his ATC Derby and Tasmanian Derby. For Allen it was his 7th Group 1 Derby victory and his 4th South Australian Derby. The promising stayer was caught three wide the whole trip before hitting the front on the turn but was just far too strong for them beating home stable mate Let’s Karaka Deel by over two lengths and was five lengths too good for the third place getter in Nobel Heights.

Three derbies is an outstanding result for a horse that kicked off his career at Swan Hill just under six months ago. Talks of a fourth derby in Queensland are on the agenda but with a Melbourne Cup on the radar he certainly could be sent out for a break ahead of his big Spring campaign. Wherever he heads he is an exciting staying prospect for the future and the sky’s the limit for him.

Following the Derby it was the running of the Listed Adelaide Guineas where Cherry Tortoni started a strong $2.25 favourite with the big drop in grade. He proved far too strong for them and trainer Patrick Payne has already set plans for him to contest a race like the Group 1 Cantala Stakes in the Spring over 1600 metres.

The Group 2 Hollindale Stakes was the clear main attraction with a host of Group 1 stars congregating ahead of the Winter Carnival in Queensland. The star studded line up included the likes of Melody Belle, Homesman, Humidor, Avilius, Nettoyer and Fifty Stars. However, it was the new star and favourite who took out the Group 2, import Zaaki recording his first win on Australian soil since arriving here late last year.

After an eye-catching run in the Doncaster Mile and a head off Paths of Glory in the JRA Plate the six-year-old was a deserving favourite heading into the Hollindale. The way he demolished his Group 1 competitive rivals with ease was impressive and looks like a Group 1 winner in no time.

Zaaki heads to the Group 1 Doomben Cup now on the 22nd May with a lot of the beaten brigade to contest the race too. Mugatoo and Sir Dragonet are potentially suiting up for the race too which will make the race a very competitive Group 1 battle.

Earlier in the program promising type Marboosha took out the Group 3 Gold Coast Guineas whilst in the two-year-old race Subterranean produced a barnstorming finish to fly past odds on pop Ranch Hand with both likely to be at the pointy end of the Group 1 JJ Atkins next month.

The racing wasn’t quite at the level that was on display in SA and QLD but there were certainly some nice features on the nine race card with quality horses competing in the three features of the day.

The Takeover Target was a small but competitive field with Enchanted Heart and Easy Eddie battling it out for favouritism. Easy Eddie travelled into the straight under a hold and was looking to be hard to run down, but the closers came with Enchanted Heart dashing clear at the 100 metres ahead of Snitz who looks to be back in some form, with Easy Eddie dropping back to third.

Next up was the Gosford Gold Cup which assembled a competitive lineup, even after the seven scratchings with most running in the Albury Cup on Friday. Polly Grey ended up starting a dominant favourite at the $2.80 quote and certainly delivered, holding off the fast finishing Aliferous with noted wet tracker Wu Gok finishing a further two lengths back in third. Both Hush Writer and Young Rascal were in the market but looked to be disappointing on face value finishing at the tail of the field.

The $500,000 ‘The Coast’ was arguably the feature of the day fielding a quality line up of three and four-year-olds. In what was an exciting finish the frustrating Brandenburg finally cracked through for another win ahead of the fast finishing duo of Nudge and Brutality. Brandenburg showed some good signs early in his career but hasn’t been able to replicate that form and get in the winners stalls in the past twelve months but looked back to his best yesterday. Wheelhouse started favourite after his run in the Doncaster Mile but was disappointing finishing back in 9th.

The story of the day from Caulfield was the partnership of Jamie Kah aboard Ayrton. In what was an off season meeting with small fields the clear highlight came in the last when promising three-year-old Ayrton lived up to the hype, also giving Kah her fifth win of the day.

After two undefeated starts in December last year, the Mick Price & Michael Kent Jnr trained gelding returned back to the races in fine style kickstarting his Group 1 campaign with another victory. He will now head to Queensland for a start in the Group 3 Fred Best where the winner receives automatic entry into the Group 1 Stradbroke run on the 12th of June.

Whilst for Jamie Kah it was another special day winning the five races from just six rides.

“It’s exciting. Awesome day and awesome week for the family with Clayton having a great day on Thursday. We’ll have some celebrations tonight,” said Kah.

With all the other superstar jockeys interstate competing at the Adelaide and Queensland carnivals, Kah decided to stick fat and stay in Melbourne to partner this horse who has a bright future ahead of him.

The Adelaide carnival wraps up next weekend with the running of Group 1 Goodwood which will feature the likes of Gytrash, Behemoth and Instant Celebrity. Whilst the Brisbane Carnival kicks off with the Group 1 Doomben 10,000. Racing heads back to Flemington in Melbourne with a ticket into the 2021 Melbourne Cup up for grabs in the 2800 metre Andrew Ramsden. Whilst racing in Sydney heads back to Rosehill Gardens.

The Plunge's Trial Review: Horses You Must Follow From Last Week's Trials 16/6

Cutaway in play for the first time at today\'s midweek Belmont meeting with a bit of juice still in the track from the rain around earlier in the week Race 1 - 1:14PM TABTOUCH BETTER YOUR Read More
TSB Horse Racing Service

Big day of racing this Saturday with a big fields throughout the 9 race program with the highlight the Listed WJ McKell Cup over 2000m, expecting the track to play evenly with all runners getting Read More

Best Of The Best: Our Wednesday Specials - Randwick (Kensington) 16/6