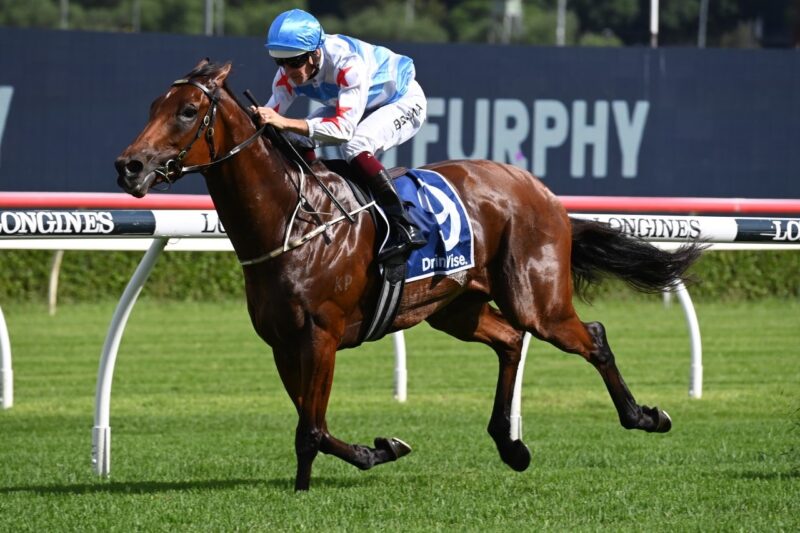 MICHAEL Freedman believes all the signs indicate his star mare Forbidden Love, who resumes in the Group 2 $250,000 Missile Stakes (1200 metres) at Randwick on Saturday, is in for another lucrative campaign.

The five-year-old mare took her game to another level last campaign winning the Group One George George Ryder Stakes and the Canterbury Stakes in successive runs.

Forbidden Love also won the Group One Surround Stakes as a three-year-old filly.

Freedman is hoping to add to that Group One tally in the Winx Stakes (1400 metres) at Randwick on August 20 and is hoping for her to put in “a red light flashing run” for her next assignment when she returns on Saturday.

The trainer said on RSN that Forbidden Love’s work going into her return was similar to when she was going well.

He said barrier 10 in a field of 12 was a slightly tricky barrier and jockey Hugh Bowman would need a bit of luck to find the right spot for her.

“On what she has shown me she will run very well. Whether that’s good enough to win remains to be seen,’’ Freedman said.

Freedman’s first plan for spring with her is the $750,000 Group One Winx Stakes on August 20. He has indicated that if they would look at The Everest if they secured a slot.

FILL IN THE FORM BELOW TO RECEIVE OUR RACING NEWS & TIPS FOR FREE!

Plenty of rain forecast for today's racing in the west, with the track currently a soft 6 and dark clouds above Strong winds could also have some sort of a say on the pattern of the day, with the Read More
Horse Racing

Saturday Victorian Racing heads to Caulfield where punters have 3 x Group races to dive into! The track is currently rated a Good 4 Victorians are set for a cool day with tops of 14 degrees! Read More
Horse Racing