Golden Slipper Review: What The Jockeys Said - The Sporting Base
0 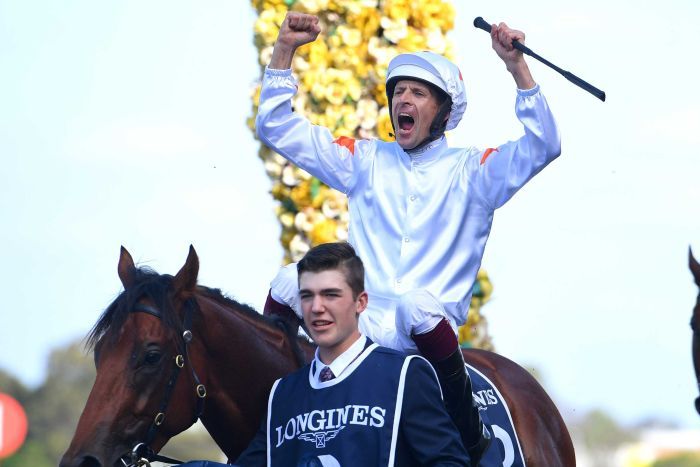 Hugh Bowman finally has a Golden Slipper to his name while Gai Waterhouse now has the record for the most wins in the race after Farnan won with authority.

I’m lost for words to be honest. I’d just like to congratulate Gai and Adrian and their team for the preparation to develop this horse to behave and race the way he did this afternoon was second to none. I’ve been lucky enough to ride some really good horses over my career as everyone knows but I haven’t ridden a better two-year-old. Just his mannerisms and his professionalism that is one thing but his ability is another.

I could sense the pressure coming at the 200m and I hadn’t asked for full throttle but when I did my word he responded and responded in style. I mean Sydney has been my home since I started riding and this is the signature race for me growing up and to win it – I’m just lost for words and so proud and thankful to connections to instill the trust in me to do the job. He [Farnan] just fell into my lap really.

It was luck for that to happen. Sometimes you’re lucky and sometimes you are not in this game as we all know. It’s a matter of turning up but to be honest, with Microphone race I think if I was more positive early he may have won that race but there is no way I could have gone out there with that plan. I rode him exactly how I wanted to ride him. He’s a very special horse and it’s a very special day.

She is amazing. She’s had an amazing preparation and she’s probably won the best part of $4 million so it’s not bad.

Great effort. He was a little bit slow away but he got straight into a good rhythm. I just think he’s a horse going forward that is really going to go somewhere. I think what he’s been able to achieve at just his second start is a phenomenal effort.

He ran super. He ran really really good. He peaked for a Blue Diamond. For a horse of his class to come back and still run fourth in a Golden Slipper is tremendous.

Very proud of her. She has come a long way in a short time. She’s done a great job.

He ran a really good race. The six furlongs against some very sharp and very good two-year-olds has probably just caught him napping. He will definitely get further.

She had every chance. She just wasn’t able to go with them.

She just lacked that turn of foot which we know she has but apart from that she ran well.

Just got back in the ruck and never got into the race today.

Good from the gate.

The barrier was a really big minus against her today which meant it took the first third of the race to get back and get in. She stayed on fairly.

She tried hard. She just got a bit bogged down around the corner. She’s had a good prep and will go for a well deserved break.

We’ll see how she pulls up.

Fill In The Form Below To Receive Our Horse Racing News & Tips Via Email.

Saturday metropolitan racing heads back to Randwick with 10 races to be run and won, we are expecting an advantage to horses that will settle off the rail in run and in lanes 3+ in the straight on Read More
Horse Racing

We head to a heavy 10 at Canterbury on Wednesday where we have found 2 we like throughout the card Wednesday Special Results: Canterbury R2 2 Pierossa Good on debut when Read More