Caulfield: O’Brien Declares It's Time - The Sporting Base
0 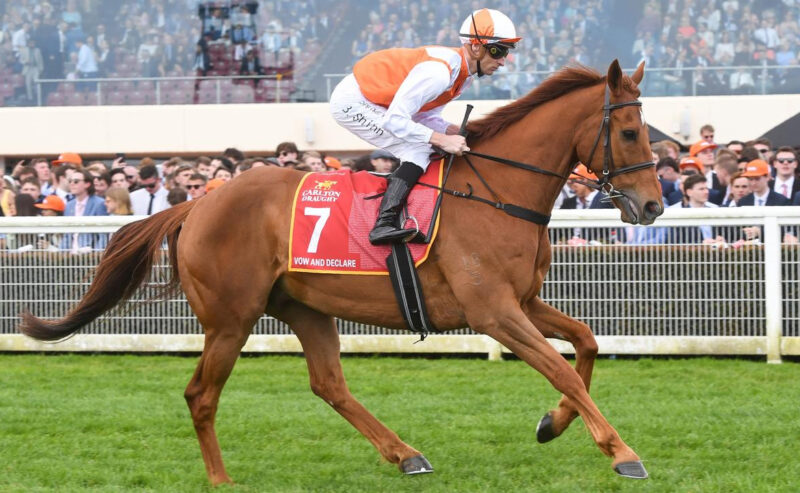 Danny O’Brien is confident Vow And Declare can end his three year drought of not winning with a success in the Zipping Classic.

O’Brien speaking to Racing.Com said that his stayer needed a firm surface which he would finally get with the Caulfield track a Good 4 and with fine weather could be even better on Saturday.

O’Brien said that Vow And Declare’s last two runs where he finished sixth in the Caulfield Cup and tenth in the Melbourne Cup were proof that he was in from.

He pointed out that both of those runs were on soft tracks and he said he needed a wet track to produce his best.

Saturday Metropolitan racing in Victoria heads to Caulfield for Zipping Classic Day! Victorian’s also have the Sandown Guineas and 7 other races on a massive 9 race program! The track is Read More
Horse Racing