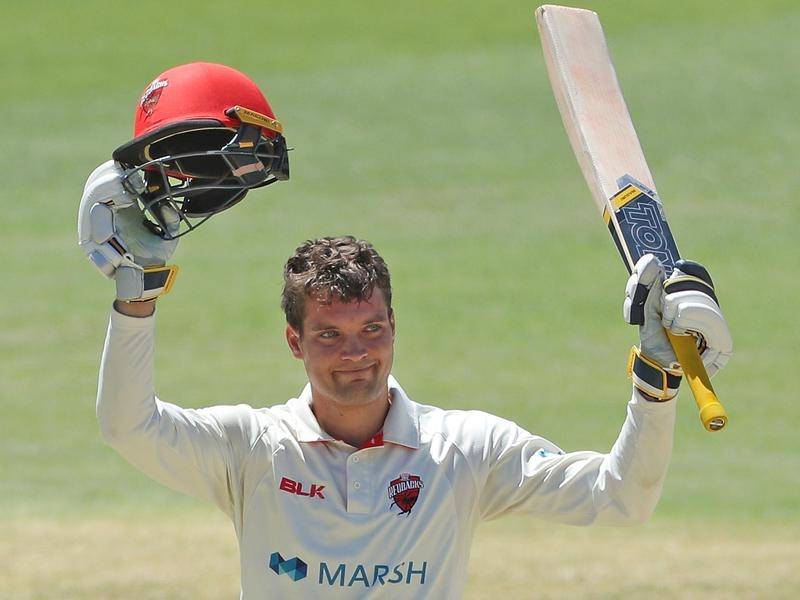 South Australian gloveman Alex Carey is set to become Australia’s next test wicket-keeper after edging out Western Australian Josh Inglis, who has flown home to Perth.

The 30-year-old made his international limited-overs debut in early 2018 and has gone on to appear in 45 ODIs and 38 T20s for Australia. He will, however, be rewarded with a baggy green next Wednesday prior to the first test of the series at The Gabba in Brisbane.

Despite averaging just 21.85 in eight innings with the bat across the Sheffield Shield season, Carey managed to catch the eye of selectors with a timely tonne in the Marsh Cup on Sunday. He also spent time captaining Australia A last season and skippered the national one-day side earlier this year, with head coach Justin Langer a fan of his leadership skills.

Inglis put together an impressive Shield campaign 12 months ago, scoring 585 at an average of 73.12, which included three centuries and two half-centuries. The 26-year-old was also a part of Australia’s victorious T20 World Cup squad in the UAE last month but did not feature in any games.

Australia’s test wicket-keeper position was vacated last week after Tim Paine announced that he was taking a break from all forms of cricket, amid the revelation that the 36-year-old was involved in a sexting scandal with a former Cricket Tasmania employee in late 2017. Star quick Pat Cummins was awarded the captaincy, whilst former-skipper Steve Smith was appointed his vice-captain.

Australia enter the series as short-priced favourites to retain the famous urn, despite some uncertainty still surrounding the lineup. It is expected that Usman Khawaja and Travis Head will battle it out to bat fifth, whilst Marcus Harris is expected to earn a re-call at the top of the order. Calls for selectors to rotate the fast-bowlers may also provide opportunities for the likes of Michael Neser and Jhye Richardson to stake their claim.

Fill In The Form Below To Receive Our News & Tips Via Email!