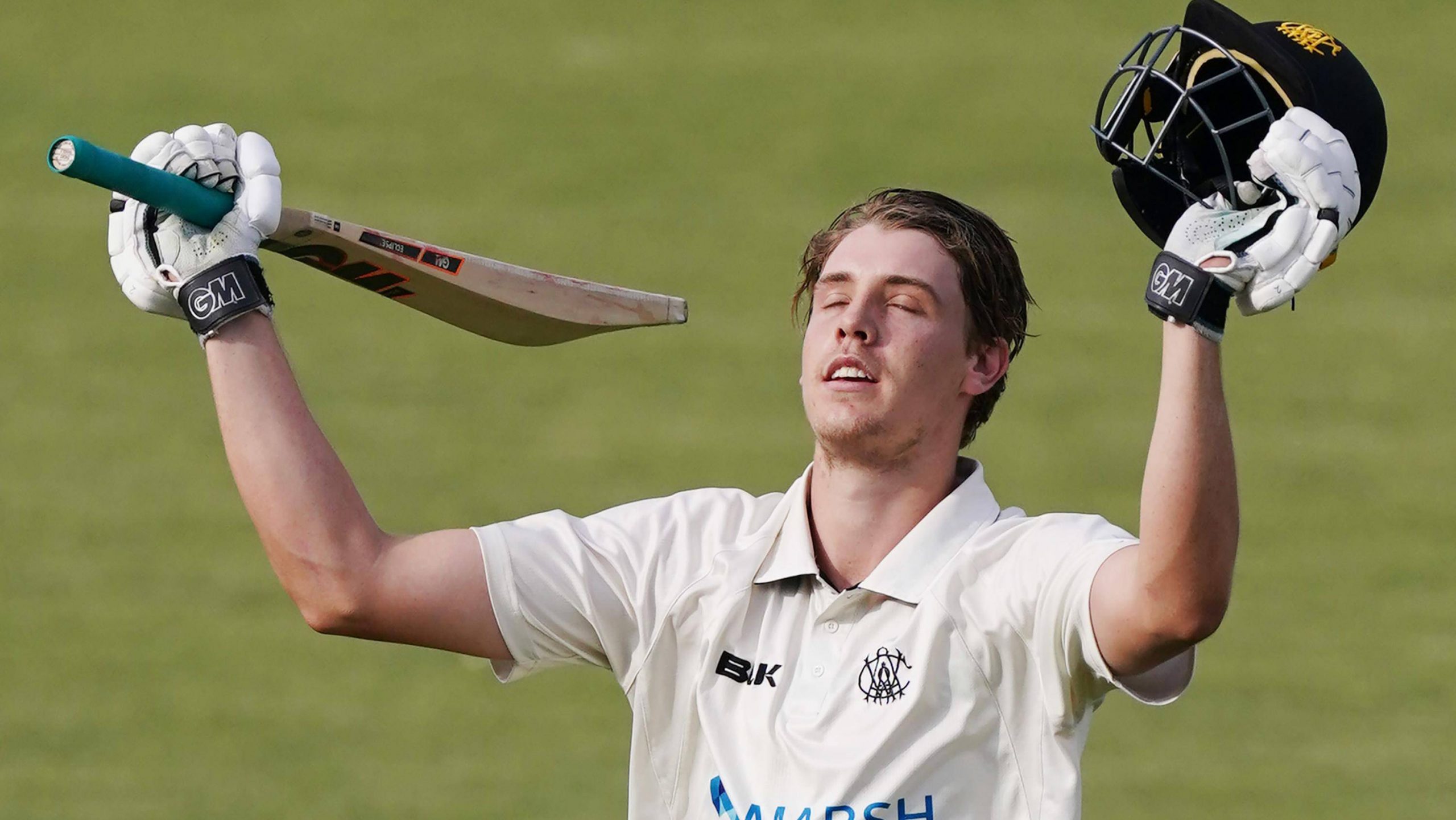 Cameron Green is in line to make his Test debut this Thursday at Adelaide Oval, with Aussie coach Justin Langer confirming the spot is his to lose, pending one last concussion check later today.

The Sporting Base can confirm Cameron Green is just days away from making his long-awaited Test debut — pending one final concussion protocol check — with the boom Western Australian youngster expected to slot into the injury-rattled batting order at 6th on Thursday.

Green has been in doubt since last Friday, when he was caught on the head by a wild shot from India tail-ender Jasprit Bumrah while bowling.

“We’re just going through the concussion protocols. We all saw, it was a very unusual incident that happened with him.”

If given the green light, Green is expected to slot into 6th. Wade and Harris tipped to open #AUSvIND

“If Cameron gets through the protocols and training and he feels good, I’ve seen him last night, he had a big smile on his face, he had another test this morning that we got good news,” Langer added.

“He’s a terrific young bloke, he’s obviously an excellent talent, he’s earned the right for selection through his performances through Sheffield Shield cricket.

“If he’s fit and available then he’ll make his Test debut, which is very, very exciting for Australian cricket, for him and his family.”

Green, who plays for Western Australia in first-class cricket, is perhaps the most exciting addition of the Summer. He has been dubbed “the best batting talent since Ricky Ponting” by Greg Chappell, and is eager to prove it too.

He hefted out 197 against New South Wales last month, and has begun adding bowling to his all-rounder game for WA too.

Trevor Hohns, one of Australia’s key national selectors, admitted Green “demanded selection” back when the Australian squad was first unveiled ahead of the ODI and T20 matches against India last month.

“Cameron has already won selection in the white-ball squad and continues that in joining the Test squad,” he said at the time.

“He is a wonderful young talent who has great potential to become an all-rounder of substance over time. His batting alone has demanded his place in the squad.”