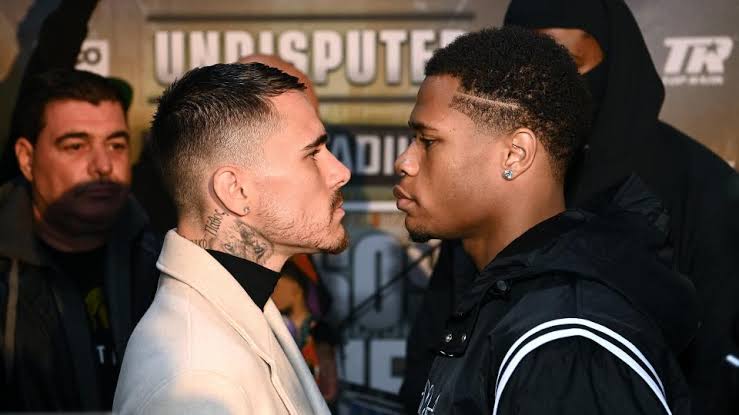 The self-crowned emperor of the lightweight division, George Kambosos is preparing for what could be the biggest boxing fight in Australian history.

It’s certainly the biggest pay day in Australian boxing history with the ferocious Kambosos expected to earn more than $10 million for his bout with the undefeated WBC champion, Devin Haney.

What we do know, the two are ready for war and to fans in Melbourne and around the world, it’s exactly what we expect.

Kambosos’ victory against Teofimo Lopez in Brooklyn, New York was arguably the best performance from an Australian, and he’ll have to replicate something similar to overcome Haney.

Sitting at 27-0, Kambosos has beaten the likes of Joseph ‘JoJo’ Diaz, Jorge Linares and Yuriorkis Gamboa in defending his title.

This Sunday, all the belts will be available and Kambosos is confident he has enough to hold the throne and in his words, become undisputed champion for the second time in two fights.

Although holding most of the belts, Kambosos will enter the fight as the underdog, a status he’s held for a large portion of his career.

But it’s something Kambosos has been able to overcome, especially against Lopez with many not even giving the Australian a chance.

So much so, Kambosos is still undefeated and obviously on Sunday he expects for that to continue.

Whether it’s through a knockout or decision, the Australian knows he is more than capable of beating Haney.

Having fought in the Olympics and picked up his first professional win earlier in the year, Paulo Aokuso is one of Australia’s fastest rising stars in boxing While not reaching the same lengths as Read More